New ‘Pla-Fi’ or Plague Fiction is not half as good as ‘Cli-Fi’, stories about climate change 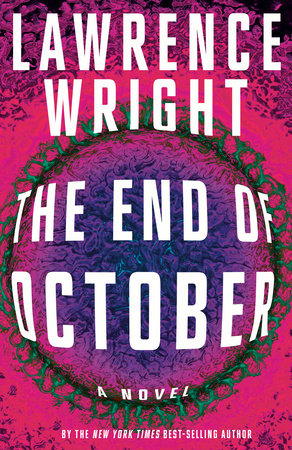 Unsurprisingly then, all three are popular subjects for novelists. Right now, stories about pestilence are doing rather well, even when some of them should not. In terms of unreadable Plague Fiction or “Pla-Fi”, I direct your attention to Pulitzer Prize-winning journalist Lawrence Wright’s ‘The End of October’. It was published on April 28, dropping smoothly into my Kindle for the princely pre-order sum of $14.99. I say princely because it’s a terrible novel. Mr Wright is an excellent journalist and a bad novelist. This shouldn’t be particularly surprising considering journalists aren’t expected to be making up facts which is supposed to be the novelist’s stock-in-trade.

Anyway, before the coronavirus pandemic, climate change fiction or cli-fi was gaining ground, a trend that has had considerable traction in the past decade. As Dr John Abraham, a professor of thermal sciences, noted in The Guardian in October 2017, Cli-Fi stories are good because they are “vehicles that can help us imagine.” The Professor, who admitted he doesn’t like fiction, added: “The authors get us to think about these what ifs – these future Earths. Cli-Fi novels (and movies for that matter) can make experiences far more real than endless graphs or plots of temperature variations. And that, perhaps, is the most important contribution Cli-Fi can make to the discussion of climate change in our everyday lives.”

What about Pla-Fi? What purpose does it serve? Albert Camus’s ‘The Plague’, which is set in the Algerian town of Oran, lays bare man’s  heedlessness  and hubris. Daniel Defoe’s ‘Journal of the Plague Year’ shows us the wretchedness that comes with disease.

Pla-Fi includes  Alessandro Manzoni’s ‘The Betrothed’ and Edgar Allan Poe’s story ‘The Masque of the Red Death’. All are excellent examples of the art and craft of fictional narrative.

Unfortunately, the newest addition to the genre is not. Had the coronavirus pandemic not occurred, it’s doubtful anyone would have noticed it at all.