When this is all over, Sturminster Newton flour mill in Dorset, England, should be a case study for Harvard Business School.

The mill, which originally predated the 1066 Norman Conquest and was rebuilt in the 16th century, ceased commercial milling half-a-century ago and become a museum piece. But now it is back to commercial production in an attempt to help local bakers and make up its own shortfall in tourist takings as the pandemic shuts down travel.

The mill is a testament to the importance of agility – change readiness – for a business. To be profitable, or at the very least to stay in business, an enterprise has to be nimble, flexible and realistic.

Change readiness is a survival skill, a core competence, as companies like Apple, IBM, Lego and the Jack in the Box US restaurant chain have shown.

Consider the scale of what Sturminster Newton mill accomplished. In the 1970s, when its puny production efforts were no longer viable in market terms, it turned itself into a tourist attraction. The mill literally put itself – and its own, rather old-style activity – on show to gawking tourists. Visitors paid £2.50 (children just £1) for the privilege of seeing the mill recreate the conditions experienced, as Dorset Museums described it, “by the miller and his family” hundreds of years ago. Small amounts of flour were milled and sold to visitors. In a whole year, it milled roughly a tonne of wheat. The mill has been run since 1994 by a local charity the Sturminster Newton Heritage Trust.

Then the pandemic struck, the tourist trade dried up and local bakers suffered from a shortage of flour. The old mill started up its machines. In just 10 days, it had supplied 200 bags of flour to local grocers and bakers using up its usual annual supplies of a tonne. Miller Imogen Bittner told the Daily Echo “Without visitors, we’ll be taking quite a hit but this will help to make up for a bit of the lost income.”

She noted that the mill had an “an advantage” of sorts over bigger mills because it neither has the machinery nor the manpower to put the flour into big bags. With big bakers and restaurants mostly closed, the demand is for small bags of flour for home-baking.

Quite so. Sturminster Newton is a business marvel that has survived a thousand years of tumult. 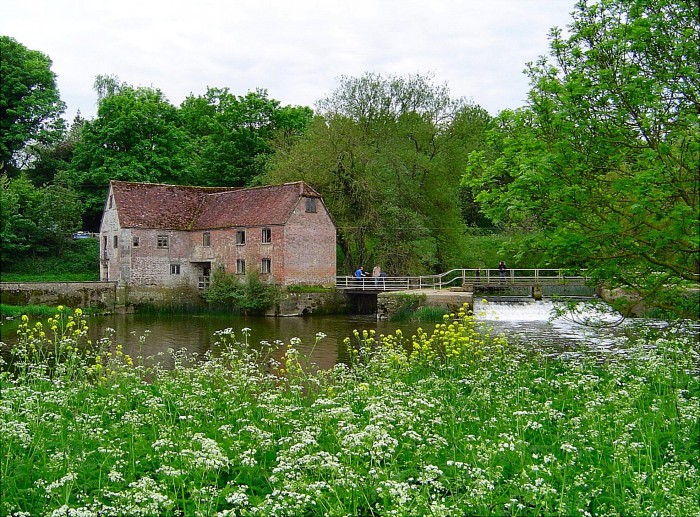