The countries of the Western Balkans “belong in the European Union”, Commission President Ursula von der Leyen said on May 6. But she offered no indication of when they might become member states, which is to say, really “belong” in the bloc.

On Albania, as with Turkey, Europe faces another defining moment. In March, the European Union (EU) was able to overcome a veto from France and some Nordic countries on opening accession talks with Albania and North Macedonia. But the May 6 Zagreb Declaration – the result of a virtual EU summit with Western Balkans leaders – does not mention EU enlargement. The EU (as well as Ms von der Leyen) thereby avoids a clear message that it will accept Albania and other Western Balkans countries as members one day.

The six Balkan countries – Albania, Bosnia and Herzegovina, Kosovo, Montenegro, North Macedonia and Serbia – are at different stages of a real or aspirational path to EU membership. But the case of Albania will be more closely watched than the other five.

A couple of months ago European leaders tried to show they were welcoming of majority-Muslim Albania’s membership aspirations. In early February, European Parliament president David Sassoli was in the Albanian capital Tirana and declaring, “There is no Plan B for Albania”.

At the time it seemed the European bloc was determined to prevent Albania from becoming another Turkey.

After more than half-a-century of aspiring to EU membership, Turkey has drifted out of Europe’s sphere of influence and blames Brussels for misleading it. Now, on issues such as Syria, Libya, migration, and refugees, Ankara arguably exerts considerable control over Europe’s destiny. Mostly, it is impervious to pleas from European leaders for considerate treatment, perhaps because it feels aggrieved that the EU never warned it of the futility of a Muslim country trying to become European.

This is precisely the outcome that the EU would want to avoid with Albania. It doesn’t want the perception to grow that yet another majority-Muslim state is unwelcome in the European family of nations. Albania too, like Turkey, is a member of the Organisation of Islamic Cooperation, The EU will tread with care. It has to. But its strategy is unclear. 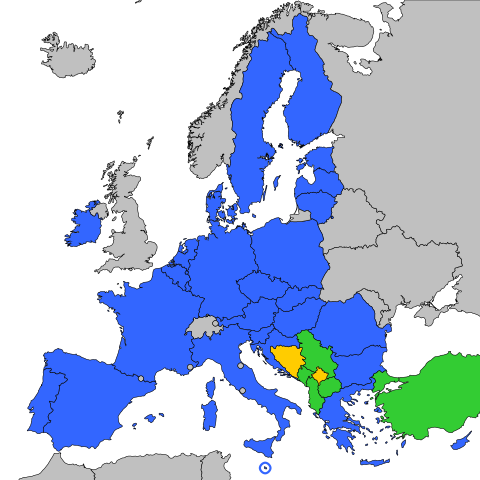