German economy is sickened by more than the virus

What does it mean that Germany, Europe’s biggest economy has plunged into a recession?

That times are hard, to use the platitude doing the desperate rounds on email, in Twitter DMs and in conversations, as people lose their jobs in so many sectors, in so many parts of the world.

Last month, German economy minister Peter Altmaier had warned that the federal republic would suffer the biggest slump in its 71-year history this year.

Even so, the German recession is a multi-layered story.

The lockdown imposed to combat the coronavirus outbreak stilled many commercial activities, shrinking the German economy at the fastest pace since the depths of the financial crisis in 2009. That said, ahead of the dismal readout (on Friday, May 15) from the German national statistics agency, economists had forecast slightly worse numbers.

This means that despite Germany suffering its biggest quarterly decline in GDP in 11 years, it has fared better than many eurozone economies. Data from last month showed that the 19 countries in the eurozone suffered an overall 3.8 per cent contraction in the first quarter, with France shrinking by 5.8 per cent, Spain by 5.2 per cent and Italy by 4.7 per cent.

What seems to have helped Germany even in this unprecedented period of arrested commerce is resilient government spending and construction activity.

Germany’s statistics agency said that household spending and investment in machinery and equipment fell sharply in the first quarter, but resilient government spending and construction activity “had a stabilising effect and prevented a larger GDP decrease”.

The coronavirus crisis isn’t the only reason for the German slowdown.

The inherent problems of its exports-reliant model of growth were very apparent in the last nine months of 2019 when Germany’s economy grew hardly at all. This was partly as a consequence of the uncertainty introduced in the auto sector by the US-China trade war and Brexit.

Now, the challenge will be for Germany to rebuild its prospects, but how? Exports are half of its GDP and the global merchandise trade is likely to be hit hard as a result of the pandemic.

So now, Germany will have to take long-overdue action and ditch the balanced-budget straitjacket. 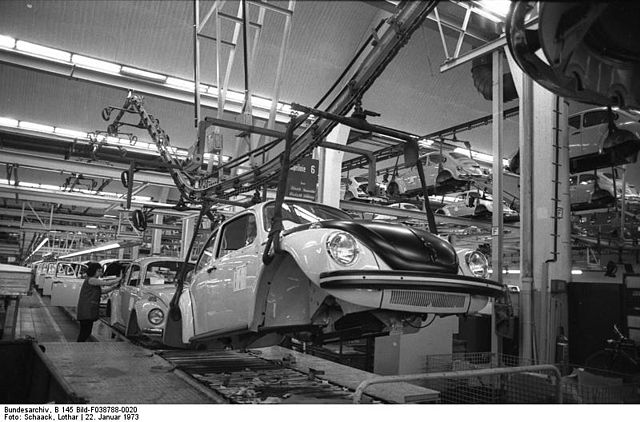