Essential workers are in vogue, so of course they’re on the front cover

An influential fashion magazine features essential workers as cover models, calling them “ the new front line “ and it’s seen as a surreal moment in a world turned upside down by the coronavirus crisis.

Not really. Essential workers are trendy right now, so naturally they feature in British Vogue.

It’s possible to both salute the magazine’s intention and shake one’s head at the implication. For it has taken a pandemic for the veteran style bible to notice train drivers, midwives and supermarket workers.

Is this act of seeing an inflection point for a period that’s sometimes compared to the Gilded Age for its affluent arrogance and economic inequity?

Well, there is rueful acknowledgement by Edward Enninful, the magazine’s Ghana-born editor, of the elite fashion world’s blindness to the quotidian mundane. “Here at Vogue we are, perhaps, not most famous for chronicling the minutiae of everyday life,” writes Enninful, who is three years into his high-powered job.

He adds: “Though our pages are always filled with lived experience — joy, sadness and drama — first and foremost, Vogue proudly waves the flag for fashion, in all its empowering, escapist, lavish and identity-affording capabilities. We will always do that — this issue included. But this moment required something extra special, too: a moment of thanks”.

The full 20-page portfolio of the faces in the July issue, he notes, are the work of photographer Jamie Hawkesworth who “is drawn to the extraordinary in the ordinary, as we all are now”.

There is little need to be overly congratulatory that British Vogue is breaking more than a century of habit and featuring, as per Enninful’s list, “shopkeepers, postal workers, nurses, cleaners, epidemiologists, carers, teachers, ambulance drivers and volunteers from the fashion community and beyond”.

One could be cynical about the magazine’s motivation in veering away from supermodels and celebrities for one issue. Some might ask if British Vogue, which appointed its first male and non-white editor in 2017, is seeking to make headlines rather than tell a simple heartfelt story about frontline workers.

Perhaps the July issue, which goes on sale 5 June, should be seen as no more than the glossiest version possible of the grateful applause that resounded throughout Britain with #clapforourcarers.

It’s a single issue, a cover for the moment. As with ‘clap for our carers’, nothing — wages, zero-hour contracts — really changes. 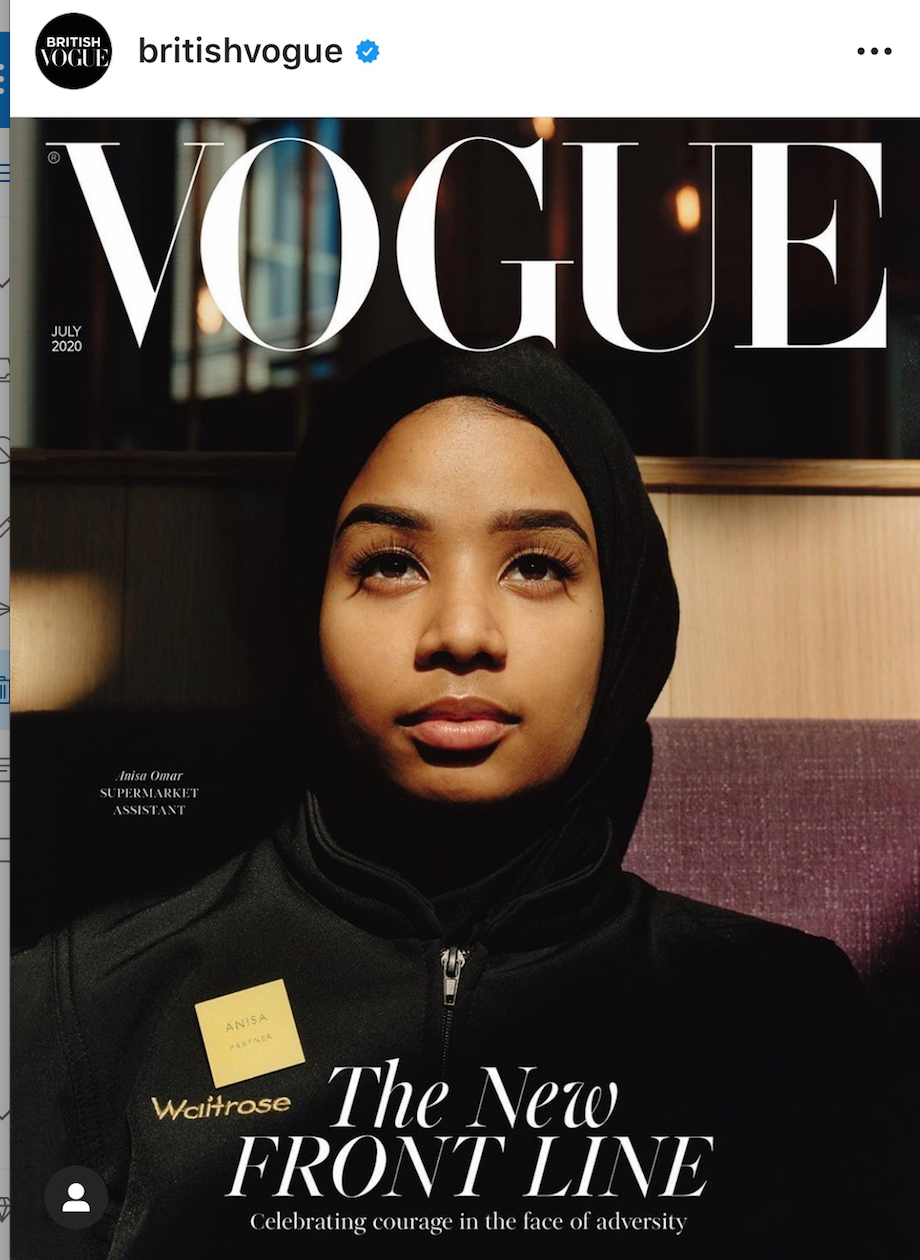