Pain, prescience and peace: Rap and rehabilitation in a pandemic 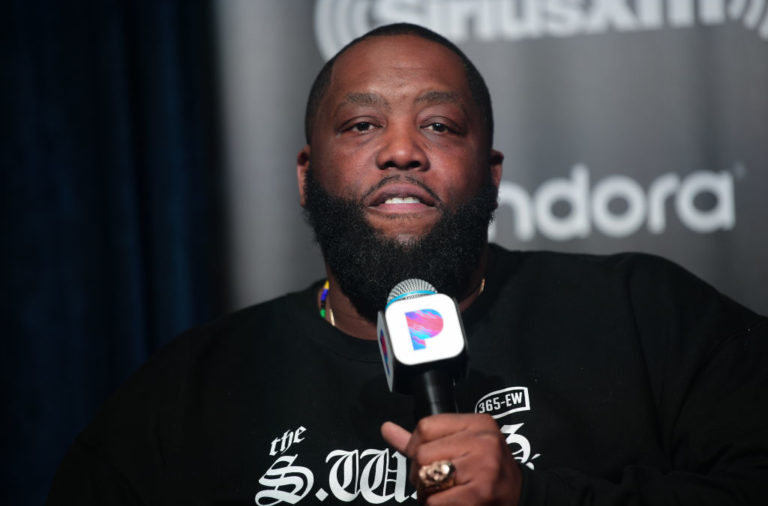 A 45-year-old black rapper with a bloodcurdling name is increasingly being seen as a prophet of peace for our times.

Well, Killer Mike, one half of the politically engaged Run the Jewels (RTJ) group, made a speech about George Floyd’s death that went viral worldwide. He counselled peaceful protest and ballot box activism instead of burning “your own house down for anger with an enemy”.

Now, Killer Mike and his music partner, white New Yorker El-P, have released an album that seems to have anticipated Floyd’s asphyxiation at the hands of a police officer.

“You so numb you watch the cops choke out a man like me,” go the lyrics of Walking in the Snow on the new album RTJ4. “Until my voice goes from a shriek to whisper, ‘I can’t breathe,’ / And you sit there in the house on couch and watch it on TV / The most you give is a Twitter rant and call it a tragedy”.

Is that prescience or a painful recounting of many other instances before Floyd of the deaths of black men at police hands?

In fact, Killer Mike is quoting Eric Garner who, like Floyd, said “I can’t breathe” as he died in similar circumstances in 2014. The Los Angeles Times dryly noted, “…when in the past decade would those lines not have seemed timely?”

RTJ’s intention in releasing the new album slightly earlier than scheduled was made clear in an Instagram post. “F*** it, why wait. The world is infested with bullshit so here’s something raw to listen to while you deal with it all”. The album is free to download.

It seems of a piece with Killer Mike’s attempt to deliver pastoral care to his community and others in a period that some have called “ a pandemic of racism “. (Incidentally, he’s called Killer because he ‘kills’ the microphone. His real name is Michael Render.)

But how qualified is a rapper to be preacher or prophet? How has a genre that started with a relatively consistent theme of so-called ‘hood politics’ transformed so completely?

Some say that the evolution of rap from its early origins as “the anthem of gangsters” occurred with the release of Kanye West’s 2004 debut album, The College Dropout. It addressed religion rather than drugs and violence.

“In the years following the release of Kanye’s first album, more and more rappers moved away from ‘gangsta rap’ and towards developing their individuality as artists,” Clara McNulty-Finn wrote in the Harvard Political Review in 2014. “Today’s most successful hip-hop artists rap about everything from thrift shopping to the sheer excess of their lifestyles”.

In the past decade, the charts have revealed increasing interest in artists who address social issues. Politically charged performances from Beyoncé, Kendrick Lamar and others have been enormously popular.

RTJ’s third album, physically released in January 2017 just a week before Donald Trump’s inauguration, captured the febrile mood of those times. It spoke about the fraught 2016 US presidential election. As well as about the acquittal of George Zimmerman, the man who shot and killed an unarmed black teenager in Florida in 2012, triggering a national debate over racial injustice, civil rights and gun violence.

Now, with RTJ4, as NPR, America’s publicly funded radio has noted, Killer Mike (and El-P) “ once again meet the moment “.