Jean-Michel Jarre: Sight and sound of the future of music?

In November 2017, the organisers of Sonar, a music festival in Barcelona, announced that they had sent a message to GJ273b, an earth-like planet 12.4 light years away. The radio signals, part of a project run by the San Francisco research organisation Messaging Extraterrestrial Intelligence, included some simple maths, trigonometry, a clock and 10-second compositions by musicians such as Jean-Michel Jarre.

The interplanetary messaging is worth noting in the context of Jarre’s 21 June gig, billed as the world’s first live virtual “avatar” concert.

The French electronic music pioneer performed as an “avatar” in a virtual universe created to mark the French world music day, Fete de la Musique. Ahead of the show, streamed live on his website, Jarre likened it to the 1999 science fiction film, The Matrix.

“Some people have played in Fortnite,” he said, in reference to US rapper Travis Scott’s performance inside the online game in April, “but this is a totally different environment, because in those cases so far you place pre-recorded sessions into an existing video game environment. In this case it is a live event…It’s not part of the video game environment at all. We are using VR for something special and something specific.”

The “specific” in this case seems to be something Jarre, 71, has been striving to achieve for more than four decades: music that reaches limitless numbers.

Jarre, whose career was launched with his 1976 album Oxygène, is known for his ceaseless exploration of the electronic, ambient and new-age genres. As well as for massive open-air concerts. There was Moscow in 1997; the Pyramids of Giza in Egypt in 2000; the Forbidden City in China in 2004 and Riyadh in 2018.

But last year, Jarre said he was experimenting with the idea of a virtual reality (VR) “studio of the future”. It would reach hundreds of millions around the world, expanding the reach of music and joining the planet in a harmony of sorts.

[Read more: How AI is revolutionising the creation of music]

The pandemic and the dislocating effects of lock-down seem to have provided additional impetus.

The result is Alone Together, the VR concert with a message: “whether in the real or virtual world, music and live performance have a value, the recognition and sustainability of which is vital for millions of creators”.

Jarre has said that with VR a performer can “play in unimaginable spaces while remaining on a physical stage”. It’s possible too to simulate multiple realities. “From one song to another you can be in a small discoteque and then in the following one you can be in a Wembley Stadium in space”.

Is the music spectacular evolving before our eyes? 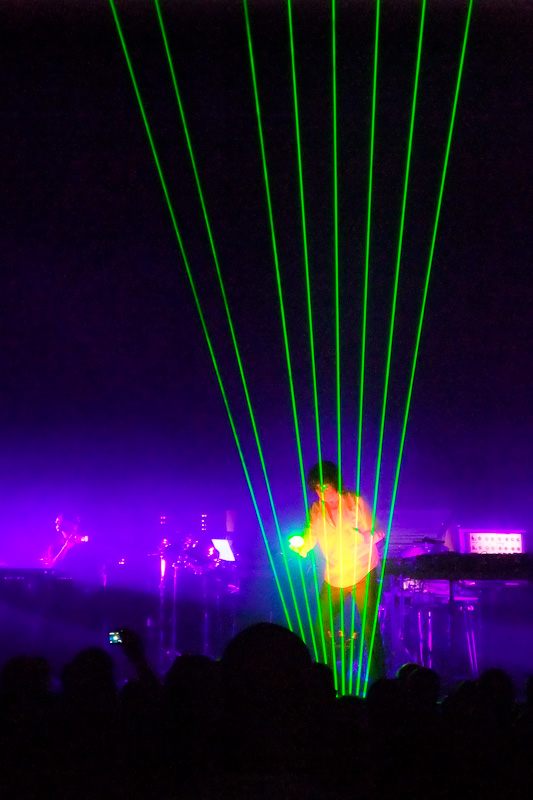