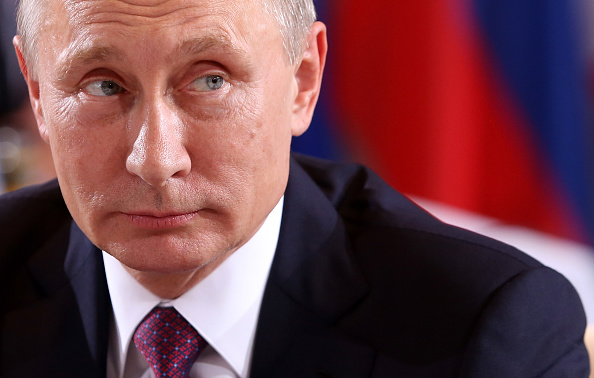 Russia’s week-long vote on constitutional changes is expected to end in a predictable manner on 1 July: with the people gladly permitting president Vladimir Putin to stay on in office until 2036, if he so chooses.

Equally predictably, Putin’s opponents will continue to say the 67-year-old president has pulled off a constitutional coup. Putin has been in power for two decades, his current terms ends in 2024 and the constitution bars a president from serving more than two consecutive terms.

He has previously got around the two-term rule by taking the post of prime minister for four years, then moving back to the presidential palace. But this time, Putin is using a different method to give himself the option of an uninterrupted spell in office.

The so-called “all-people vote” is an unusual way of seeking the people’s opinion. It runs from 25 June, has no set parameters or metrics and certainly no international observers. There is no guidance on how to judge its fairness. It’s not clear, for instance, what happens to the ballot boxes after votes are cast during the day.

Some analysts see the vote as a hybrid between a referendum and a plebiscite because several consequential issues, including constitutional change are on the ballot.

Nikolay Petrov, senior research fellow for the Russia and Eurasia Programme at the London thinktank Chatham House, finds the scale of the proposed reform “absolutely surprising”.

Not only would Putin be able to stay on as president for another 16 years, he would have the power to nominate top judges and prosecutors, for approval by Russia’s upper house of parliament. The reforms would transform “the political system in a way which will make Putin’s position comfortable enough to not be opposed by any other strong institutions,” said Petrov.

Sergey Radchenko, director of Cardiff University’s School of Law and Politics, adds that it is “just a symbolic referendum, and since the Russian electoral system is known for widespread falsifications, the result is preordained whatever the public thinks”.

But why have did Putin have to hold a vote at all?

The Duma, the lower house of parliament, voted in March for the proposed reforms. There wasn’t a single dissenting vote.

Days later, the upper house passed them too. In the 170-member body, the vote for Putin to stay on in power as well as all the other changes, sailed through by 160 to 1.

Technically, parliamentary approval should be enough for anyone, democrat or dictator, but the Duma had suggested seeking “popular support” for all the changes.

Accordingly, the “all-people vote”, which Cardiff University’s Radchenko says “provides a veneer of legitimacy” for a massive constitutional change.

Unlike the Tsar, who claimed God’s mandate to rule all Russia, Putin still perceives himself as a ‘democrat’, so he wants to have a legal mechanism in place to legitimise the continuation of his rule.

In 2018, Putin won re-election as president with a thumping 77% of the vote, his best result ever. His chief political rival was barred from seeking election.

According to some, it’s all about keeping up appearances. Russia’s president has promised to restore his country’s prestige abroad and has indulged in several showy manifestations of this, including the restoration of Cold War-era Soviet symbols and the introduction of heavy weaponry in a Moscow military parade to mark the defeat of Nazi Germany.

On 24 June, the day before the week-long vote began, the parade was held with great fanfare despite the pandemic to mark 75 years since the victory by the then USSR defeated. The event included aging veterans in their 80s and 90s, some of whom were seated with Putin to watch the troops march in tight formation.

Even so, Putin heads a nation in economic decline, but which is ever louder in its demand for respect as a major force in world affairs.

Russia’s interventions in Syria and Libya are starting to look too expensive by far and its power now largely lies in its nuclear weapons.

A strategic appraisal of Russia’s assets and liabilities will show up the problem with simply keeping up appearances.