As someone with a vested interest in Gilead Sciences, the company that makes the covid-19 drug remdesivir, I’m looking for a return on investment that’s not encashable.

Remdesivir is not a cure for covid-19, the disease caused by the novel coronavirus SARS-CoV-2. But it is one of only two drugs proven to help people recover faster from the disease. Accordingly, remdesivir will be important at least until a vaccine for SARS-CoV-2 becomes available, when or even if that happens.

But remdesivir is unlikely to be available to patients in most parts of the world beyond America for all of July, August and September. This is on account of Donald Trump’s America Firstism.

Trump has cornered the market in remdesivir leaving nothing for European countries and much of the world. It is, as doctors and others have warned, possibly a grim portent. If a covid-19 vaccine became available, would the US outbid all other countries because of its wealth, influence and military strength?

A second, urgent question also needs to be addressed. Does Gilead have the right to monetise a life-saving drug no matter what?

Gilead, a Californian biopharmaceutical company, admittedly spent a lot of time and resources to develop remdesivir. It was originally trialled in the 2014 Ebola outbreak. But is it ethical for Gilead to now price remdesivir at a whopping $390 per vial? A typical five-day covid-19 treatment would need six vials, which means $2,340 per patient, according to Daniel O’Day, Gilead Sciences chairman and CEO.

Remdesivir has triggered an intense debate about morality and the profit motive in the throes of a pandemic that hit a calamitous milestone this week. Covid has now claimed more than half-a-million lives worldwide. There have been more than 10 million confirmed cases.

Two points help think through some of the issues around remdesivir.

First, as a Gilead shareholder, albeit a small one, I would like to see the company do the right thing.

Rather than insist on 20-year patent rights over remdesivir Gilead should issue a voluntary license for its manufacture and mass availability during an unprecedented global public health emergency.

Rather than looking to profit from its research and development, Gilead should look to earning something more valuable by far — international goodwill, name-recognition and the knowledge that its invention may help save hundreds of thousands of lives.

Second, the world should play hardball if Gilead decides to prioritise profit rather than the greater common good. Some companies have said they will not enforce their patent rights on certain drugs. However, AbbVie’s antiviral Kaletra failed in the Covid-19 trials, so the company’s intended largesse became meaningless.

Gilead’s stance on the issue, however, does matter.

If Gilead doesn’t voluntarily forego the enormous benefits conferred by the global patenting system — up to 20 years of exclusive right to make, sell and license remdesivir — individual countries should take action.

It is possible to do so. So-called compulsory licensing powers allow countries to override pharmaceutical patents for specific emergencies and for a specific period of time.

Dr Andrew Hill, senior visiting research fellow at Liverpool University, points out that Covid patients in the UK participated in remdesivir trials. Accordingly, he says, there should be “equality between countries”.

The compulsory license is one way to level the playing field.

The UK’s 1977 Patents Act authorises acts “without the consent of the proprietor of the patent” specifically in a “period of emergency”. Germany’s recently enacted legislation allows the government to use patented technology, if required. So can the Dutch. Belgium’s patent legislation provides for compulsory licensing for public health reasons. France is preparing to make compulsory licensing easier.

Work on compulsory licensing is underway beyond Europe too. Israel has already issued a compulsory license (for the now-unsuccessful Kaletra). Ecuador and Chile have taken the initial steps to issue licenses if needed. Canada is working on it.

What the compulsory license would really mean is that governments could buy the drug from generic companies, say in India.

But there’s a problem. The pharmaceutical lobby is powerful and so is the US government. Every year, the Office of the United States Trade Representative (USTR) issues the Special 301 report, which calls out countries that do not meet US standards on the protection of intellectual property. The result is often trade sanctions or some other punishment, which can have a particularly severe effect on low or middle-income countries.

Issuing a compulsory license, if only for the public weal, can draw the USTR’s ire, as India, Brazil, Colombia, and other countries have found.

Admittedly, that was before the pandemic hit. What happens this time round isn’t yet clear. 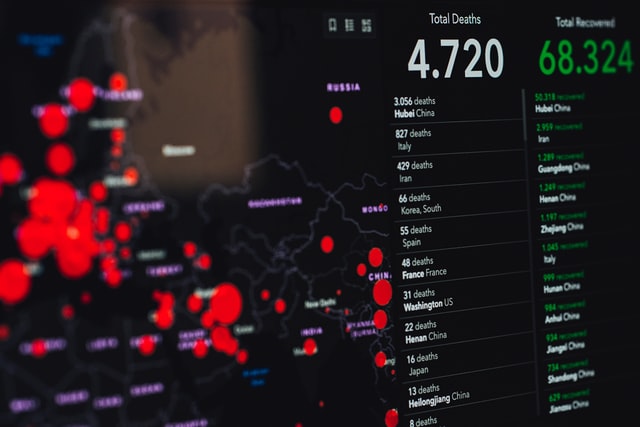