It matters that Kazakhstan is championing a 9th century Islamic philosopher. Here’s why

Just days ago, an online symposium on Al Farabi celebrated the Islamic philosopher’s 1150th year of birth. Hosted by the Oxford Centre for Islamic Studies and Kazakhstan’s UK embassy, it was scheduled for 1400 BST / 1900 Nur-Sultan Time / 0900 EST.

Note the timings. The symposium was scheduled to start at “1900 Nur-Sultan Time”, which is to say the time in Nur-Sultan, capital of Kazakhstan.

Nur Sultan Nazarbayev is Kazakhstan’s leader emeritus. He resigned his post unexpectedly in March 2019, having served nearly 30 years. In an apparent excess of emotion and gratitude for “Elbasi”, Leader of the Nation as Nazarbayev is designated under yet another of his bespoke lifetime sinecure titles, Kazakhstan rapidly renamed Astana, its capital, Nur-Sultan.

That the recently christened Nur-Sultan city is leading the 1150th anniversary celebrations of Al Farabi’s birth says a great deal about what’s happening with the thinker who’s considered the founder of Islamic political philosophy.

Al Farabi’s cause is being championed by Kazakhstan. Someone had to do it.

I say that having spent nearly four years studying Al Farabi for my doctoral thesis on Plato’s influence on early Arab philosophers’ notion of creative control.

It’s been astonishing to find out how little the world knows about Al Farabi. As Majid Fakhry, who wrote an excellent book on Al Farabi, has noted, “Al Farabi has received very little attention in our time”. Indeed, in the West, discussion of Islamic philosophy has largely focussed on Avicenna (Ibn Sina) and Averroes (Ibn Rushd), with some mention of Al Ghazali and Ibn Arabi as well. Al Farabi is much less known though he shouldn’t be.

If the Kazakhs help to remedy this state of affairs, it will be all to the good.

There is every sign that they’re trying. Kazakhstan already has a university named after Al Farabi. Its bank notes – to the value of 5, 10, 20, 50 and 2,000 tenge (1 tenge is equivalent to 0.0024 USD) – bear Al Farabi’s visage. The process of honouring Al Farabi by having his face on its money began nearly 30 years ago, soon after Kazakhstan emerged as an independent country from the rubble of the collapsed Soviet Union.

According to The Astana Times, a professor at Kazakhstan’s National University “found archive documents proving that a group of Kazakh intellectuals, members of the nationalist Kazakh Alash party in the 1920s and 1930s, raised the issue of recognizing Al-Farabi’s legacy back in the 1920s, but they became victims of Stalin’s repressions”. I’ve no idea if this is true.

That said, Kazakhstan’s determination to champion Al Farabi as its gift to the world is demonstrably at a fever pitch right now. It is leading the campaign – in places as diverse as Lithuania and India – to mark the 1150th year of Al Farabi’s birth.

Kazakhstan bases its claim to Al Farabi on his place of birth. According to accounts cited by Richard Walzer, the acknowledged expert on Greek and Arabic philosophy, Al Farabi was born at Wasij in the district of Farab, which is on the river known as Syr Darya (Jaxartes in ancient Greek). At the symposium, the Kazakh ambassador Erlan Idrissov mentioned Otrar as Al Farabi’s birthplace and then rather elegantly went on to say that he belongs to the world.

This is true. Al Farabi was, by all accounts, a thinker who was a dreamer and his dreams included something far more ambitious even than Plato’s imagined city state.

Al Farabi envisaged, as Walzer said, “a world state under a philosopher-king who is at the same time a prophet and a legislator”. And he thought of faith and belief as a uniting force, a universal religion with many forms “of symbolic representation of ultimate truth”.

As Walzer noted, “Al Farabi has none of the racial superiority of the Arabs; he dislikes and disapproves of tribal arrogance in others and certainly betrays none himself.” Before he settled down in Baghdad, he worked in a garden and vineyard in Damascus as a labourer, living on a frugal diet of water mixed with sweet basil juice and lambs’ hearts.

His lodestar was universal truth, justice and the attainment of happiness. He really does belong to no one place or orthodoxy. In fact, his usual garb – a brown sufi cloak – was seen to be the mark of a 10th century tendency that is now characterized as “militant” intellectualism as well as a fierce independence of spirit.

That said, despite his uneasiness about accepting patronage, Al Farabi did accept the Shia warlord Sayf Al Dawla’s invitation to join his court in Aleppo.

So, what might Al Farabi have thought of his appropriation by Kazakhstan? I think he would have accepted it as a necessary way to remind the world of the logic of universal truth. But he would probably also have continued with the way he lived at the Aleppo court. There he remained on a salary of four silver dirhams a day, which was apparently well above subsistence level for a peasant, but not enough to be flash. 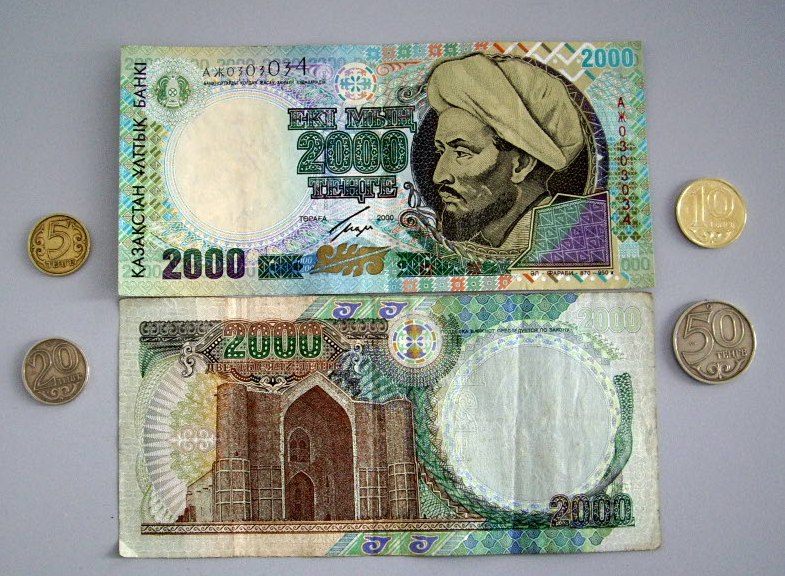