Trump and Putin are caricatures from 19th century Russian literature

Nina L. Khrushcheva says Donald Trump and Vladimir Putin are literary caricatures and just as absurd as a multitude of characters famous from American and Russian political satire.

She should know. Not only is Ms Khrushcheva a PhD in Comparative Literature, she is the granddaughter of former Soviet Premier Nikita Khrushchev.

Anyway, she offers a pretty decent list of books that had a Trumpian or Putinesque figure long before either man became politically important.

For the US, she lists the two books that all of us have been talking about since 2015, when Mr Trump first indicated his intention to run for president.

For Russia, Professor Khrushcheva makes a broader point. “Putin, marking his 20th anniversary on the Kremlin throne, is becoming a composite of characters created by Nikolai Gogol in the nineteenth century, and by Vladimir Nabokov and Evgeny Schwartz in the twentieth,” she writes.

She notes Russians’ whispered irreverence about Mr Putin’s claims that his country is flourishing and names five stories that seem to fit the current narrative:

** Nabokov’s 1947 novel, ‘Bend Sinister’, which she notes, “offers a terrifying glimpse into the mind of a dictator, who just so happens to be short in stature, insecure, and vindictive”.

** Soviet playwright Evgeny Schwartz’s 1934 rendition of ‘The Emperor’s New Clothes’, about “a petty and vain tyrant”.

** Schwartz’s 1940 story ‘In The Shadow’, in which a man’s shadow seeks importance and grabs the human’s power from him.

** And his 1944 ‘The Dragon’, which has a clownish, terrifying but cowardly reptile that wants to eat its enemies.

The professor makes an important point about the way Mr Trump and Mr Putin have now come to resemble famous literary caricatures.

“After 20 years in power,” she writes, “it was perhaps inevitable that Putin would become a literary caricature. Since Russian letters have a long tradition of mocking and satirizing political figures, Putin’s adherence to form is no surprise. Less expected has been the extent to which America’s president resembles Russian parodies”.

Mr Trump, she says, “is an impostor on par with Gogol’s inspector general; and his top lickspittle, Attorney General William Barr, would be a fitting addition to any Gogolian tale of moral corruption. Trump is as small-minded and ignorant as Nabokov’s dictator, and as cruel and petty as any of Schwartz’s villains.”

But it is her literary comparison for Mr Trump’s Twitter-tantrums that is particularly biting.

The president’s tweets – “Sad!” “Presidential Harassment!” – are like something out of the work of 19th century satirist Mikhail Saltykov-Shchedrin, she writes.

Saltykov-Shchedrin’s 1870 parody, ‘The History of a Town’ portrays a city official who goes by the nickname “The Little Organ”. He is only ever able to say two things to his subordinates: “I’ll destroy” and “I won’t tolerate.” The official is eventually shown to have a brain that was a musical instrument with just two keys.

Personally, I found the professor’s list of literary stories very useful. They are a reminder that cruel leaders and would-be dictators have been around before but don’t go on forever, mostly because their absurdities are so obvious and so well-chronicled. 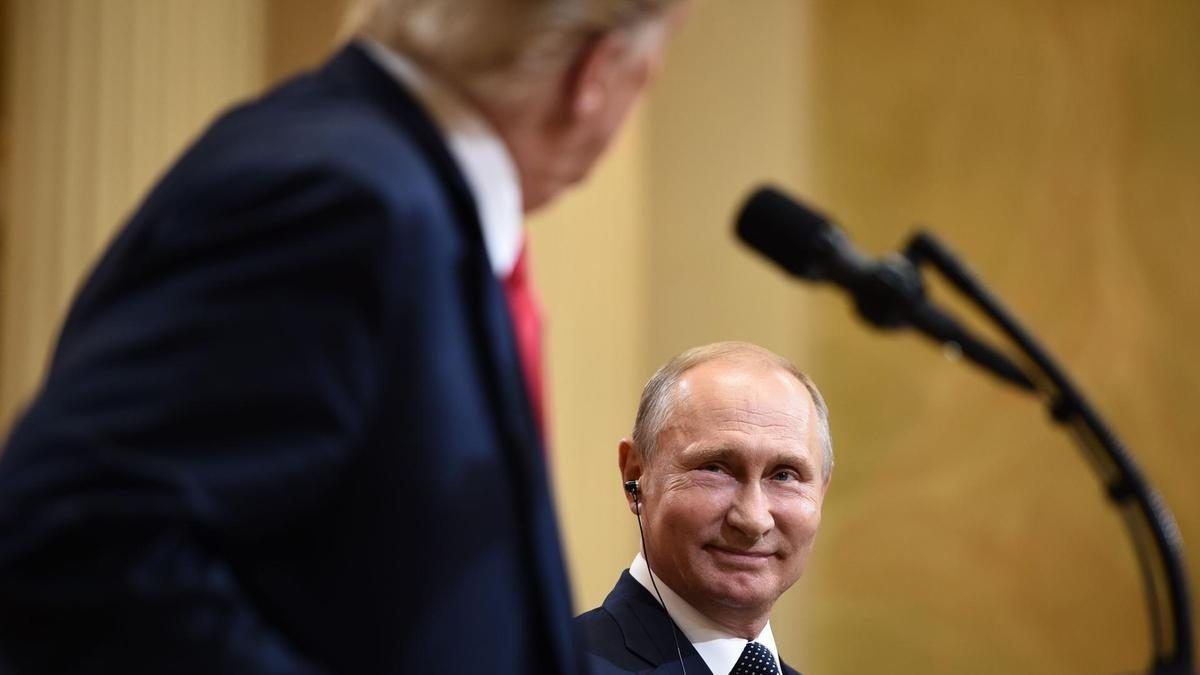