You heard right. Some Lebanese want France to revive its colonial oversight

Imagine Indians imploring Boris Johnson to take back control of the old Raj.

Or Libyans turning to Italy’s Giuseppe Conte to bring back the old days.

Tis true the Lebanese are shocked and grieving after the August 4 Beirut explosion, but the way some of them are looking to France, the old colonial master, is unusual to say the least.

Watch the short video embedded here and listen to a young man in Beirut telling France’s Emmanuel Macron  “please bring back the (French) mandate”. After the collapse of the Ottoman empire, the five provinces that are now modern Lebanon were under the French Mandate.

And consider this attempt at direct democracy. By nightfall on August 6, the day Mr Macron became the first foreign leader to visit a shaken Beirut, nearly 60,000 people had signed an online petition demanding the country “be placed under a French mandate for the next 10 years”.

Where in the world might one find a relevant comparison?

Nowhere else, I’d argue. But then almost nowhere else is quite like Lebanon, which has weathered so much for so long and with such apparent good cheer.

That said, it’s also pretty obvious that the Lebanese feel they have run out of options to properly govern themselves or make anything of their country or their lives. Such a crisis of confidence is surprising.

Even the Sudanese, arguably in a rather worse position than the Lebanese who have at least had free elections, didn’t ask Britain, their former colonial power, to help when the revolution started in December 2018. That was when protests began against the austerity policies of Sudan’s former dictator Omar Al Bashir.

The Sudanese pushed their revolution to its logical conclusion largely on their own. Bashir was toppled; a transitional administration established and there is relative calm today. The only visible outside intervention was that of the African Union and the Ethiopians.

Perhaps there are two key reasons the Lebanese people seem so uncertain of themselves:

** Lebanon can justifiably be said to be a very artificial construct. Some years ago, Charles Ayoub, editor of the Lebanese daily Al-Diyar daily, rather provocatively said: “There is no such thing as a Lebanese entity or a Lebanese homeland. The best thing we could do would be to partition [Lebanon]: the Shiites in South Lebanon and the Beqa’ Valley, the Sunnis in the cities of Tripoli, Beirut, and Sidon, and the Christians along with the Druze.”

** Therefore, the primary loyalties of the people in Lebanon are to community or faith, not national identity.

Lebanon is a salutary lesson in how badly the old colonial masters drew the world map. As I have previously written, the Europeans were particularly callous about local opinion in the then Greater Syria after WWI. (At the time, an Inter-Allied Commission sent to Greater Syria by US President Woodrow Wilson found that the population rejected the French mandate and the Balfour Declaration and wanted a unified Greater Syria with Palestine incorporated. But the results of the Commission, were  deliberately not published until 1922, and rejected by France and ignored by Britain.)

Really, the last thing the former colonial powers deserve is to be put back in charge. This time, by popular demand! 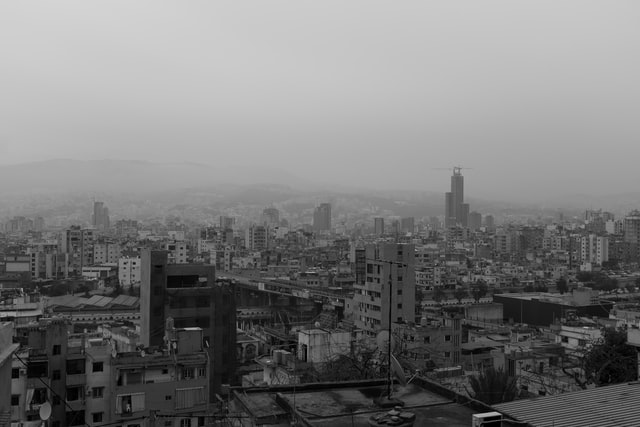