In France, it’s yesterday once more with ‘Charlie Hebdo’ Prophet cartoons and a terrorism trial 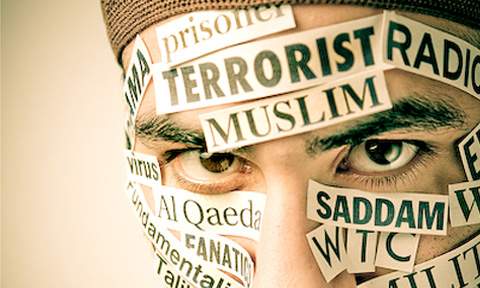 Except for the pandemic, it feels like 2015. The French satirical magazine ‘Charlie Hebdo’ has republished cartoons of the Prophet Muhammad, deemed blasphemous by some Muslims.

And the trial has begun (Sept. 2) of 14 alleged accomplices of the gunmen who massacred ‘Charlie Hebdo’ staffers in January 2015.

The magazine’s cover featuring the cartoons bears the headline “Tout ça pour ça” (“All that, for this”.)

Is there any particular point in the republishing of those cartoons in 2020? Yes.

Will ‘Charlie Hebdo’s’ 2020 republishing of the cartoons get Muslims (in France or anywhere) riled up all over again? No.

Laurent Sourisseau, the magazine’s editor, has explained the motivation for recycling the cartoons as follows: “We will never accept defeat. We will never give up.” The magazine says it is “unacceptable to start the trial’’ without showing the “pieces of evidence” to readers and citizens. Not republishing the caricatures would have amounted to “political or journalistic cowardice. Do we want to live in a country that claims to be a great democracy, free and modern, which, at the same time, does not affirm its most profound convictions?’’

The response from the Muslim community in France has been exemplary.  Mohammed Moussaoui, president of the French Council of the Muslim Faith, said,“The freedom to caricature is guaranteed for everyone. Nothing can justify violence.’’

He added that the focus instead should be on the trial “which must remind us of the victims of terrorism. This terrorism that has struck in the name of our religion is our enemy.’’

The January 7, 2015 attack on the ‘Charlie Hebdo’ office seemed to fire a symbolic starting gun on a grim year of terrorism in France. The year ground to a close with the November assault on the Bataclan concert hall and other locations in Paris.

The horror and intercultural tensions provoked by the ‘Charlie Hebdo’ massacre and all that followed, set the tone for the next few years.

In 2020, one might well wonder if there’s any particular point in revisiting that dark moment in time.

But the law must take its course. The trial, which is due to last until November 10, examines the case against the alleged associates of the brothers – Cherif and Said Kouachi – who attacked the ‘Charlie Hebdo’ office. The alleged conspirators are said to have helped prepare acts of terrorism or other crimes, which relate to the Jan. 7, 2015 attack on ‘Charlie Hebdo’, the Jan. 8 killing of a policewoman and the murder of four people at a Jewish supermarket in Paris the following day.

As for the re-republished cartoons. They seem neither to raise a smile nor draw a tear. Not like before. Remember, they were originally printed in a Danish paper in 2005 and then by ‘Charlie Hebdo’ in 2006. The magazine also later carried a caricature of the Prophet Muhammed by the cartoonist Cabu, one of those killed in the 2015 massacre.

It’s legitimate to wonder if the re-republished cartoons will spark more intercultural tensions and if the issue of the Muslim community’s allegedly religiously ordained censorship will come up all over again.

I rather doubt it.

Tomorrow: Is there an inherent Islamic hostility to representation?