The story goes as follows. Ibn Tufail, a 12th century Arab Andalusian thinker, wrote a philosophical novel titled ‘The Epistle of Hayy Ibn Yaqzan on the Secrets of Eastern Philosophy’. (When I bought a Kindle version, incidentally, it bore the following name: ‘The Improvement of Human Reason: Exhibited in the Life of Hai Ebn Yokdhan’).

The treatise featured Hayy ibn Yaqdhan, a baby who grows up on an isolated island, mothered by a gazelle and learning philosophy and natural reason from observing himself, the animals and all of the world around him. Hayy becomes a self-taught philosopher, someone who is able to rationally arrive at an understanding of the way the world works. He’s also self-sufficient and able to survive in the wild.

Eventually, Absal, who’s reminiscent of Friday in ‘Robinson Crusoe’, arrives on Hayy’s island. The difference is that Absal is a believer (in an unnamed religion, which was very poorly practised on the island from which Absal has come). Hayy accepts Absal’s religion and Absal accepts Hayy as a teacher.

According to some accounts, Daniel Defoe learnt of this story and used it to write ‘Robinson Crusoe’ in the early 18th century.

Does it matter that he didn’t let on?

Those who rail against cultural appropriation today will surely have a great deal to say about Defoe’s behaviour. But personally, I think writers (and others engaged in creative pursuits) see, hear, smell, feel and taste much that informs their work.

At the end of the day, there is only a passing similarity between Hayy and Crusoe. Sure, they are in a similar predicament – the only human beings on an isolated island – but Crusoe is marooned there and Hayy grows up on it.

Additionally, I don’t think Defoe’s work has the sort of philosophical underpinnings as Ibn Tufail’s story about Hayy Ibn Yaqzan. 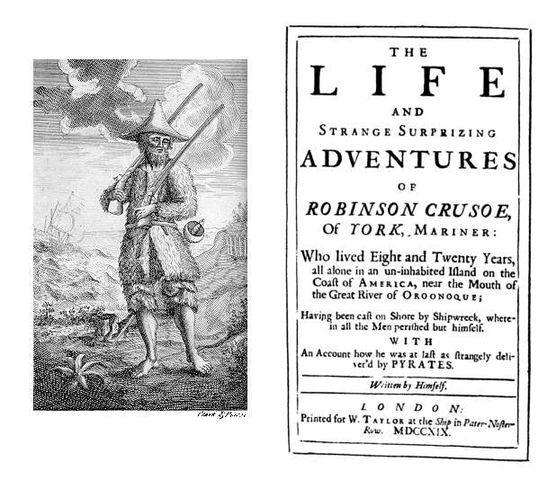