Why do restaurants matter?

‘1843’, sister magazine of ‘The Economist’ asked an important question the other day: Why do restaurants matter?

Why, said the magazine, do we choose to spend large sums of money to dine among strangers?

‘1843’ offers us a fair few clues. The very word “restaurant”, it says, “hints at the restorative effects of dining out”. Apparently, the word did not always mean a place where people go to eat. Once upon a time it indicated a reviving cordial or broth. That restaurant now bears the meaning it does, “suggests the potential for therapy of other kinds”, as ‘1843’ says.

For, restaurants “function as sites of social exchange”; they help us think of all that we share as a community.

The piece goes on to interview Jeremy King, one half of the restauranteur pair that created and runs The Wolseley, Le Caprice and The Ivy. Chris Corbin is Mr King’s fellow adventurer in bringing an air of glamour and fantasy to the act of eating out. Mr King’s philosophy is simple but heartfelt (and no doubt one of the reasons he and his business partner have been so successful): “A restaurant exclusively full of rich people lacks texture,” he says, adding, that “a playwright might be pleased to be next to a table of footballers, but not three tables of footballers.” He says restaurants need to be alert to the regulars – “a good memory helps in this business” – but first-timers shouldn’t feel second-class. Diners may want to be buoyant but should also be allowed to be the opposite. And finally, “People do difficult things in restaurants. They can be the setting for business meetings, interviews, first dates and break-ups, and we need to be mindful of that.”

So, back to the original questions: Why do restaurants matter?

Why do we choose to spend large sums of money to dine among strangers?

According to ‘1843’, the restaurant is “a symbol of freedom”, enshrining the idea of choice, the existence of choice and our capacity to make choices. 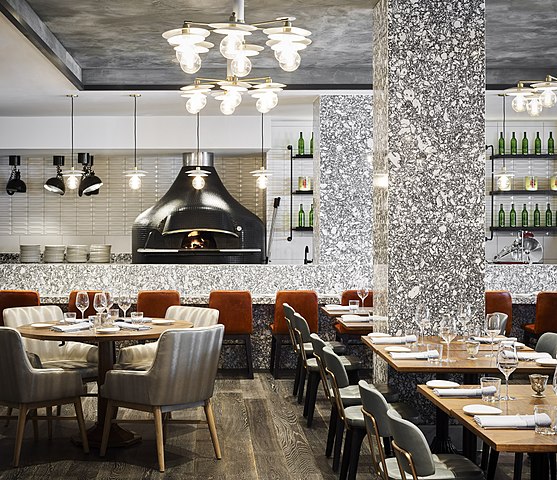