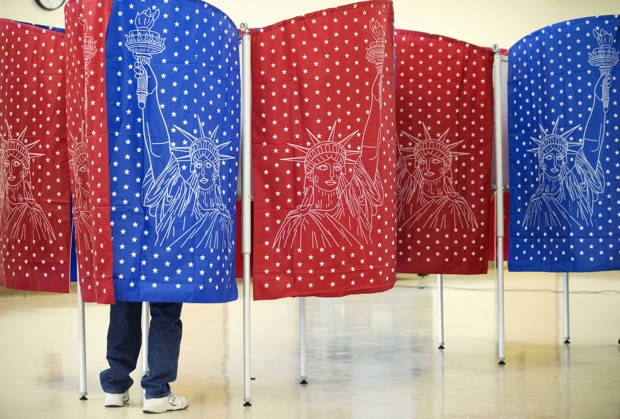 As we wait for US election day to finally end (72, 96 or however many hours it takes), it’s interesting to note the very different views that are emerging about a post-Trump America (should that finally come to pass).

The lesson, he says, “is that the US is almost ungovernable”. With the Democrats unlikely to gain control of the Senate, a potential President Biden would be hemmed in by the obstructionist agenda set by Senate Majority leader Mitch McConnell. Donald Trump, meanwhile, would reinvent the whole idea of lame duckery and become “a wounded duck prone to lashing out”. Mr Trump would refuse to concede defeat gracefully and wouldn’t, as is the norm, “extend the hand of co-operation during the 11 weeks of transition”. Mr Luce concludes with the grim line: “The ghost of Mr Trump would stalk a Biden America”.

It takes a much different view of the impact of a vengeful Mr Trump on America. The most basic fact of the election seems to have been obscured, he writes: “the American people have fired Trump. Yes, Democrats underperformed, and yes, millions of Americans voted for the Orange Man. Trumpism was not thoroughly repudiated the way many of us wanted. It is also true that Trump will remain a toxic presence in the GOP”.

Then again, Mr Trump just won’t be as powerful as he was, say, on November 2. Mr Sykes writes: “Sure, Trump will hang around and retain ‘a powerful psychic hold over the party’. He could also ‘create a parallel government-in-waiting, wielding control over Republicans, and heckling and hounding Biden — and the media’. He might even try to run in 2024 and could effectively freeze out other candidates for months, or even years. But the reality is that on January 20, 2021, Trump will be leaving the White House as a one-term president, rejected by the voters, stripped of power, and facing a world of legal and financial hurt”.

That sounds about right.