Is that a nargisi kofta you’re chowing down with your pint?

Coronavirus restrictions in England sent sales of a humble, often unregarded pub snack soaring. Across the land, pubs in “tier 2” tried to comply with rules that they only serve drinks to customers who consume a “substantial” meal. Amid much discussion over what constitutes a “substantial” pub meal, a government minister confirmed that scotch eggs would qualify.

Accordingly, the scotch egg acquired sudden prominence, which also refocused attention on its origins. Or perhaps I should say supposed origins.

For, there really doesn’t seem to be anything particularly Scottish about the scotch egg. It is defined by the Oxford English Dictionary as “a hard-boiled egg enclosed in sausage meat, rolled in breadcrumbs and fried”.

To an Indian, the British scotch egg is startlingly like the nargisi kofta. That delicacy is similarly made (albeit with minced lamb or mutton rather than sausage meat) and then set afloat in an appropriately spiced tomato gravy.

It is common sense to think that the British learnt to like the nargisi kofta while pretending to govern India. They may have taken it home and adapted the food to their own palate and needs.

There are many such foods around the world.

The chapati, an Indian flatbread, is one of Tunisia’s favourite street foods though no one knows how or whence it came. Click here to read my blog on Tunisia’s appetite for something they call the sha-pa-tee.

The jalebi, a fried circle of dough dipped in syrup, is also thought to have been born as zalabia somewhere in the Middle East and then made its way to India. Click here to read my blog on that sweet transference across borders.

In fact, if you think about it, the import and export of food proves an interesting point – that globalisation is not a recent phenomenon and won’t be derailed by America First, Brexit and other such appeals to cultural self-isolation. 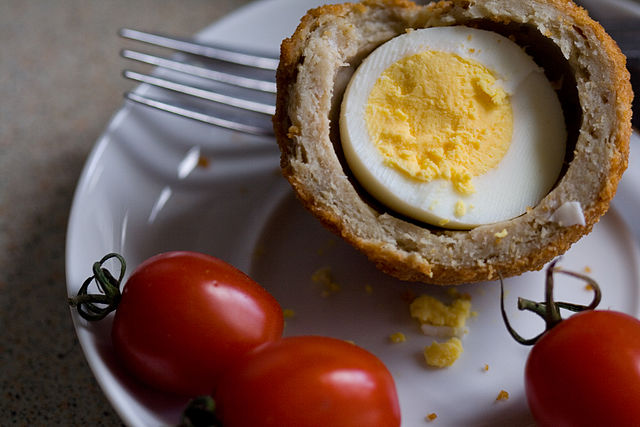