I have been trying – and failing – to buy a sofa bed for delivery within the next month or two and it’s got me thinking about something that historian Frank Trentmann has called the “empire of things”.

Mr Trentmann’s 2016 book ‘Empire of Things’ chronicled the “global advance of goods” from the 15th century. He showed that the resulting five centuries of material culture had a fairly consistent loop of supply and demand. The empire won new dominions and grew more mighty with every succeeding year.

To my mind though, the empire of things is actually a universe – of goods and services, as well as the consumerist mindset that brought us up to 2020 in a dizzying swirl of vast shopping malls and department stores, indiscriminate purchase and credit binges.

That universe has always seemed infinite but as I am finding out in my hunt for a sofa bed, it’s not limitless after all.

In fact, the coronavirus pandemic may have forced the empire of things (and the universe as a whole) to shrink, and quite perceptibly so.

But let’s look at the furniture sector and the sofa bed I can’t easily find (and certainly not for despatch within a couple of months).

The shortage of stock (and parts and fabric) is a pretty general problem in the UK right now. It goes much beyond Ikea’s stock shortages last month due to congestion at British ports. Before Christmas, Ikea admitted that the pandemic had affected its supply chain and consequently its ability to fulfil orders in the usual way.

But Britain’s furniture sector is faced with more country-specific problems too. These go beyond congested ports, which are affecting supply chains in other parts of the world as well. In fact, Britain’s particular issues are self-inflicted. Brexit.

Robert Mack, one half of the father-son duo that runs Furniture Factory Outlets, a retail company  in Gloucestershire, recently blogged about the “material shortages” in the furniture industry. The pandemic has caused “serious unprecedented supply shortages of the key materials used in the manufacture of items,” he said. “One of the main areas seeing issues is the manufacturing of beds and sofas as a consequence of problems with the supply of foam. This has been caused by the chemicals used in the production of foam being in short supply.”

And then there are the headaches (and shortages) wrought by Brexit. Mr Mack said that “manufacturers of cabinets and other similar furniture are also seeing a substantial shortage in the supply of medium density fibreboard (MDF) and melamine faced chipboard (MFC). This is a result of a number of European suppliers withdrawing from the UK market due to the current uncertainties surrounding Brexit.”

Admitted, Mr Mack’s comments are from early November, when there was great uncertainty about a Brexit trade deal. Some of the shortages he mentioned should, by rights, fade away now that a tariff-free, quota-free deal is done.

Even so, Brexit or not, it’s clear that the empire of things is smaller than before and the universe of furniture (and sofa beds) is not unbounded. 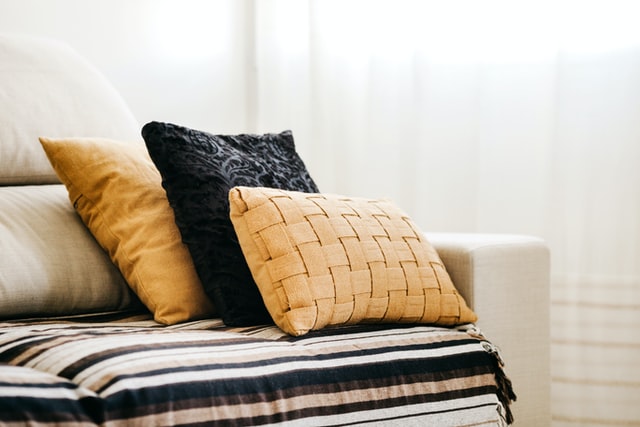