In the month since Brexit properly began, consider all the things that have happened.

The European Union (EU) and UK have begun their future relationship with a row over diplomatic protocol. Britain is refusing to grant full diplomatic privileges to the EU’s envoy in London, something more than 140 other countries have done. The result is Lindsay Croisdale-Appleby, Britain’s newly appointed envoy to the EU, has been given the cold shoulder in Brussels.

And then there’s the trade (or rather lack of it). British fishermen, pig farmers, musicians and small businesses selling non-perishable products into Europe are crying foul because…Brexit really has meant Brexit. (That’s to paraphrase the truism coined by one former prime minister, a lady whose surname starts with an “M”.)

For all of those people, Prime Minister Boris Johnson’s allegedly “cake-ist” trade deal with the European Union is proving truly awful.

Mr Johnson had cast the deal he did with the EU as having your cake and eating it too. I suppose he meant that zero tariffs were a brilliant triumph considering Britain now also had the chance to properly blow raspberries at Brussels.

Well, in the month since Brexit, the raspberries aren’t getting across the English Channel. Nor are many of the lorries that should be crossing – with British goods bound for European buyers. Trade is sputtering.

So, 100,000 surplus English pigs are stuck on farms around the country, waiting to go to market. The National Pig Association has written to environment secretary George Eustice, asking him to convene an urgent meeting with processors and retailers in the face of “higher costs, falling prices and a shrinking market”. The pigs are obviously being fed (thus eating into farmers’ expected profits) even as the farmers’ failure to deliver reliably into EU supply chains risks their destabilisation. (Note: It’s reminiscent of Mr Trump’s trade war with China, which ruined American farmers’ long-standing soy bean supply chains.)

Meanwhile, Scottish and Cornish fishermen’s boats are tied up at harbour. And British poultry farmers estimate their exports to Europe are 20 per cent of what they were this time last year.

These are not “teething problems”, to use the British government’s soothing phrase. All of these troubles are caused by the EU-UK deal’s lack of facilitation for trade in animal and plant products.

As for small businesses that import non-perishable goods from non-EU countries and sell to customers in Europe, they need to do one of two things (both of which are costly and time-consuming):

** ask the customer in Europe to pay VAT if the product is tariff-free, which means they must get an agent in the EU or register for VAT in a European country.

Add to that the other problems that will be revealed once the coronavirus loses its epidemic force. When travel becomes possible, British professionals – models, architects, cooks, artists and others – won’t be able to easily take a busman’s holiday in Europe because the trade deal doesn’t have a mobility chapter.

It’s not a “cake-ist” treaty but one that urges those who worry about their daily bread to eat cake instead. 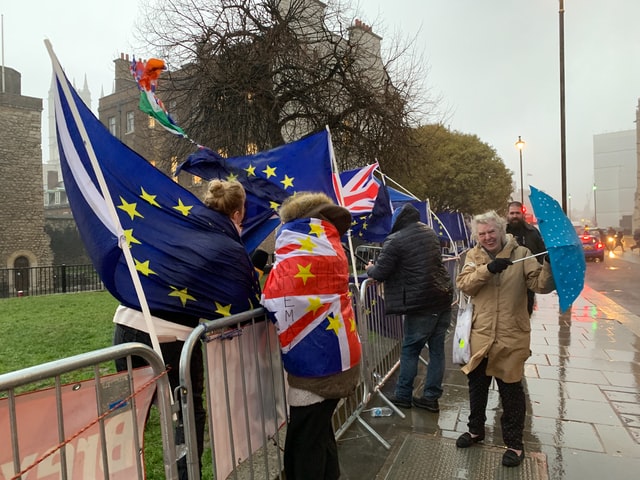