One-third of Pompeii is yet to be excavated. What more might it yield?

Another exciting archaeological find has been reported from Pompeii, the Italian city that was buried in a volcanic eruption in 79 AD. An almost perfectly preserved carriage made of iron, bronze and tin was found near the stables of an ancient villa. It would’ve been used for ceremonial purposes, says the director of the archaeological site, and is the first such vehicle to have been discovered in Pompeii.

The unearthing of the ceremonial carriage makes one wonder what Pompeii might yet yield. Only two-thirds of the 66-hectare ancient town has been uncovered, according to Reuters. Another 20 hectares await the attentions of archaeologists. What might they uncover next?

Even the thought is enough to embark on a mental journey that is three parts fancy and only one part fact. Pompeii fascinates because it shows us how unchanged we are over millennia. With our vehicles and our graffiti; all the objects with which we surround ourselves and the small insistent ways in which we seek to leave our mark. (Literally, with graffiti!) 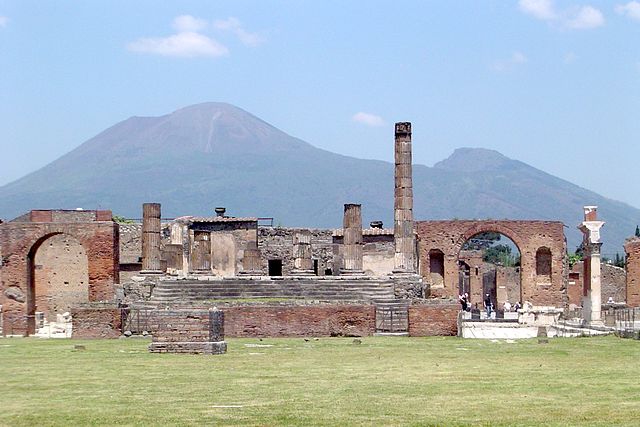