The question is important in the context of the intense ongoing debate from California to Britain about a wealth tax. On March 1, Senator Elizabeth Warren and Bernie Sanders proposed the Ultra-Millionaire Tax Act – a two per cent annual levy – on households with a net worth of more than $50 million. As the pandemic causes government debt to soar and the poorest suffer from the compound effects of the coronavirus and their own vulnerability, politicians, policy makers and public-spirited people have been pressing the case for making the wealthy pay their fair share.

Switzerland is supposed to offer a template. Not only does it have the highest density of millionaires in the world, it also has a recurring annual wealth tax, which is receiving considerable praise (see this Bloomberg piece).

The cantonal wealth tax, which takes into account the total value of a resident’s assets – animal, artistic, living or dead – is calculated as a percentage of whatever the resident owns. According to the Organisation of Economic Cooperation and Development (OECD), Switzerland derives a bigger share of total tax revenue from that levy than any other industrialized country. And Switzerland is also one of only four OECD countries to impose a wealth tax. The number of wealth tax imposing countries dropped from 12 in 1990 to four in 2017.

And yet, Switzerland doesn’t seem to be levelling the playing field.

Consider the insights offered by Swiss sociologist Ueli Mader back in April 2020. Professor Mader, who according to Expatica.com,“has devoted almost his entire career to the study of wealth”, says the situation continues to become less equal.

“Ten percent of Swiss heirs own three-quarters of the country’s total inherited assets,” he says. “If you look at the enormous increase in wealth in Switzerland – for example, how the 300 wealthiest individuals have increased their combined fortunes from CHF100 billion ($100.27 billion) to about CHF600 billion – then it is clear that a large part of it is inherited”.

He laments the change in mindset. “From the 1950s until the 1970s, a large section of the population was able to improve their financial situation constantly,” the Professor noted. “In 1972, there were officially just 106 unemployed people in the country. At that time the liberal political belief in social equality was firmly anchored in society. The attitude was that labour and capital should coexist in a balanced relationship. I have noticed a paradigm shift in the last years. Today, money has become much more important than labour. Finance drives our thinking. Many people deny that social inequality is a problem and see it rather as a sign of a dynamic society”.

And he added that “About half of the multimillionaires come from abroad. The Swiss tax system is very favourable to them”.

But wait, isn’t there a wealth tax? Shouldn’t that be reducing inequality even if it’s the foreign wealthy who are settling in Switzerland? 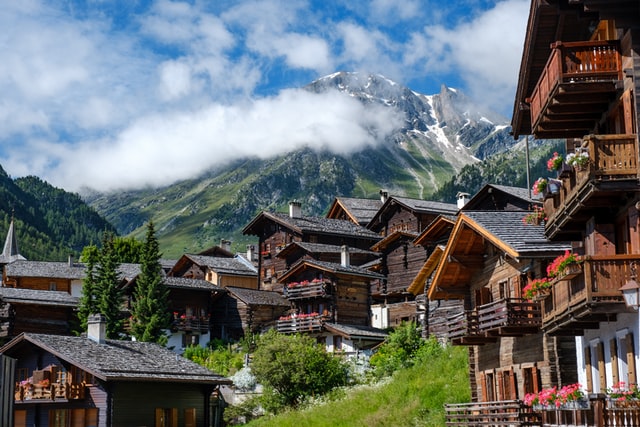