Immersive theatre Vs the real thing

An interesting experiment comes to an end today (March 20). The Royal Shakespeare Company’s (RSC) ‘Dream’, live immersive theatre on television screens in your living room, wraps up its high-tech stuff.

So the virtual curtain comes down on a week of performances in which gaming technology and VR was used to allow audiences to directly influence the action on stage. So long as they paid £10 per head, that is.

We watched ‘Dream’ the first night it was staged – choosing the free tickets and consequently unable to take the form of fireflies that could flit about the fantasy midsummer forest roamed by Shakespeare’s mischievous Puck and his sprites, Cobweb, Mustardseed, Peaseblossom and Moth.

Here’s what we felt about our experience of immersive theatre:

** It did feel somewhat like watching a film. Perhaps to experience it fully, we should have been fireflies, able to whiz around Puck and the forest at will.

** It didn’t feel like being at the theatre, though there was an attempt to recreate the effect with pre-performance announcements.

** Nothing much really happened so it was, at one level, slightly monotonous.

Ahead of the performance, the RSC’s artistic director, Gregory Doran, told the ‘Observer’ that this “21st-century reimagining of Shakespeare’s play…is giving us a completely different vocabulary of imagery”.

He called it “a ‘brave new world’,” and I suppose it is, in a sense. Young people and gamers of all ages will probably embrace this. Immersive theatre can also be global in a way that a performance down in London’s West End never could.

Interestingly, Mr Doran also said that it was animation effects in films such as ‘Jason and the Argonauts’ that got him “hooked on the Greek classics”. So yes, I think immersive theatre could inspire new interest in theatre and Shakespeare among young people.

Art from 600 years ago will have been re-tooled to connect with a new generation. In a way, ‘Dream’ was about hope, which is all to the good. 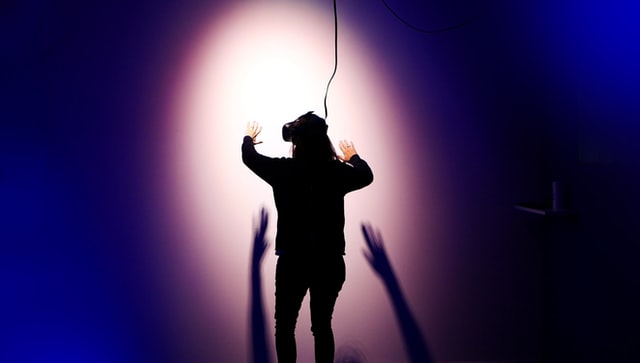