A bright green hug in a mug

Earlier this week I made spinach-cilantro soup with tahini. it is hard to describe what made it so…satisfying. But let me have a stab.

** It was simple, which made it easy to whip up.

** It was healthy, which allowed one to consume it with pleasure and sans guilt.

** It was Day-Glo bright, which lifted the spirits.

The recipe was concocted by Samin Nosrat, the American-Iranian chef. Ms Nosrat became famous with her 2017 cookbook ‘Salt, Fat, Acid, Heat’ and the similarly named Netflix docuseries the next year.

This soup too is redolent of the simple techniques Ms Nosrat generally uses to create food with complex and satisfying flavours.

Dump spinach and a handful of coriander (or cilantro, as Americans call it) into boiling stock (preferably home-made) and stir in a couple of teaspoons of tahini. Blitz  with an immersion blender, add the juice of half-a-lemon, taste and season as liked.

Meantime, you will have made a thin, pourable dressing in a mini blender with one clove of garlic, salt, lemon juice, cumin, red chilli flakes and hot water.

When ready to eat, drizzle the tahini dressing on top of the bright green soup, swirling it in as chef-y a way as possible. Truly, as Ms Nosrat says, here’s a soup that’s vegetal and creamy (but without the cream).

Try it if you can. 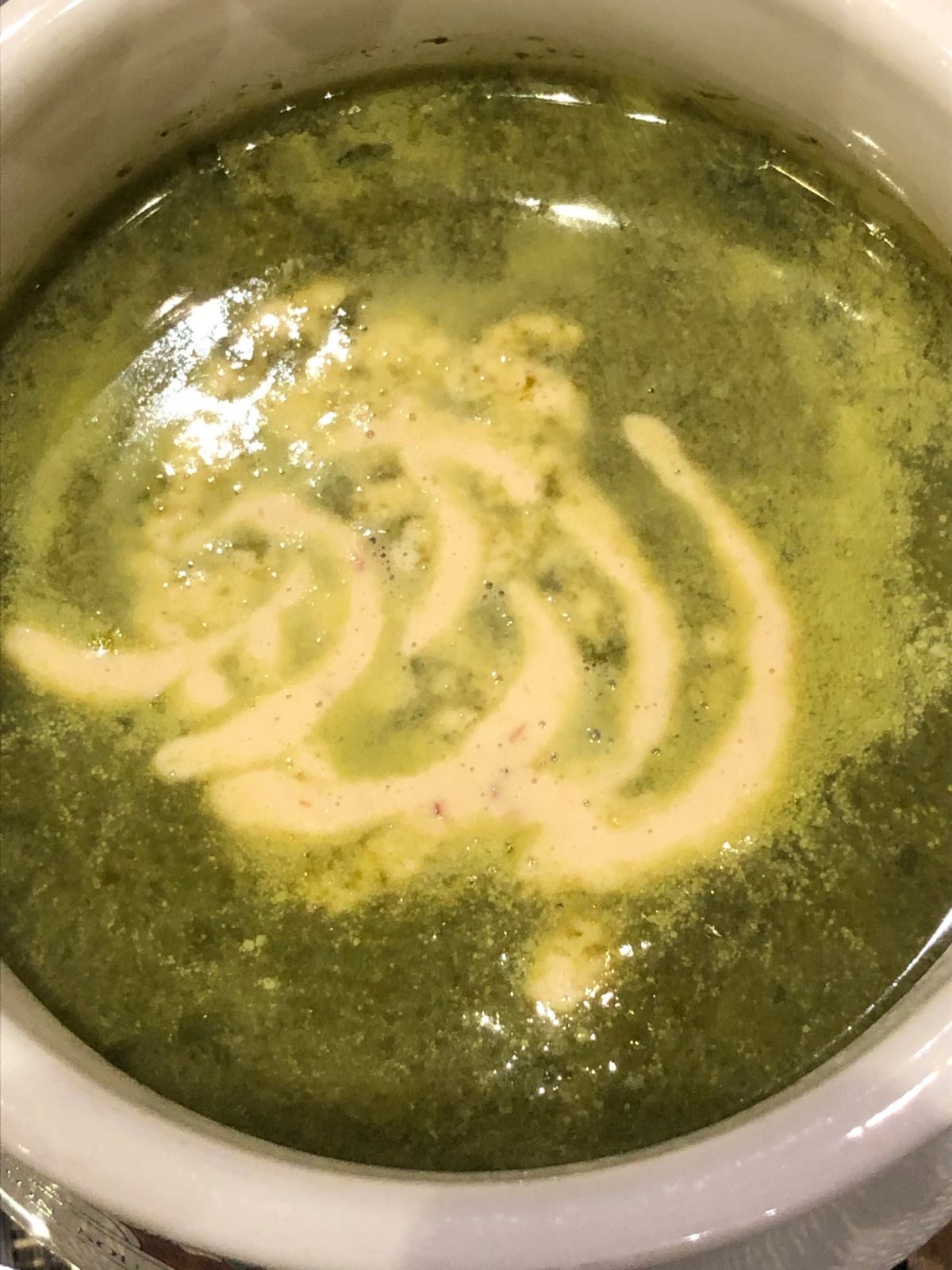