The journalist who wasn’t and other stories

China’s alleged attempt to fake approval by western journalists is like something out of a rather unbelievable short story.

According to reports, Beijing conjured up someone called Laurene Beaumond (see screenshot of her piece on the CGTN site) and described her as a French journalist who had studied at the Sorbonne, worked at various Paris media outlets, and had lived in Xinjiang’s capital, Urumqi for years. Ms Beaumond’s piece for CGTN rejected other western reporting on the Uighurs in Xinjiang. “I do not recognise Xinjiang which is described to me [by western media] in the one I know,” she wrote.

But ‘Le Monde’, which has been searching for Ms Beaumond, revealed on April 1 that she doesn’t exist and that there was no record of her having worked in France.

China, it seemed, had manufactured someone solely for her to tell good news stories.

I was rather sceptical about the whole thing because this account appeared on April 1. The story of China’s ham-fisted propaganda control freakery seemed so ludicrous as to be almost made up, an April Fool’s Day report.

But it seems it may be true, which really goes to show there’s always something new under the sun. 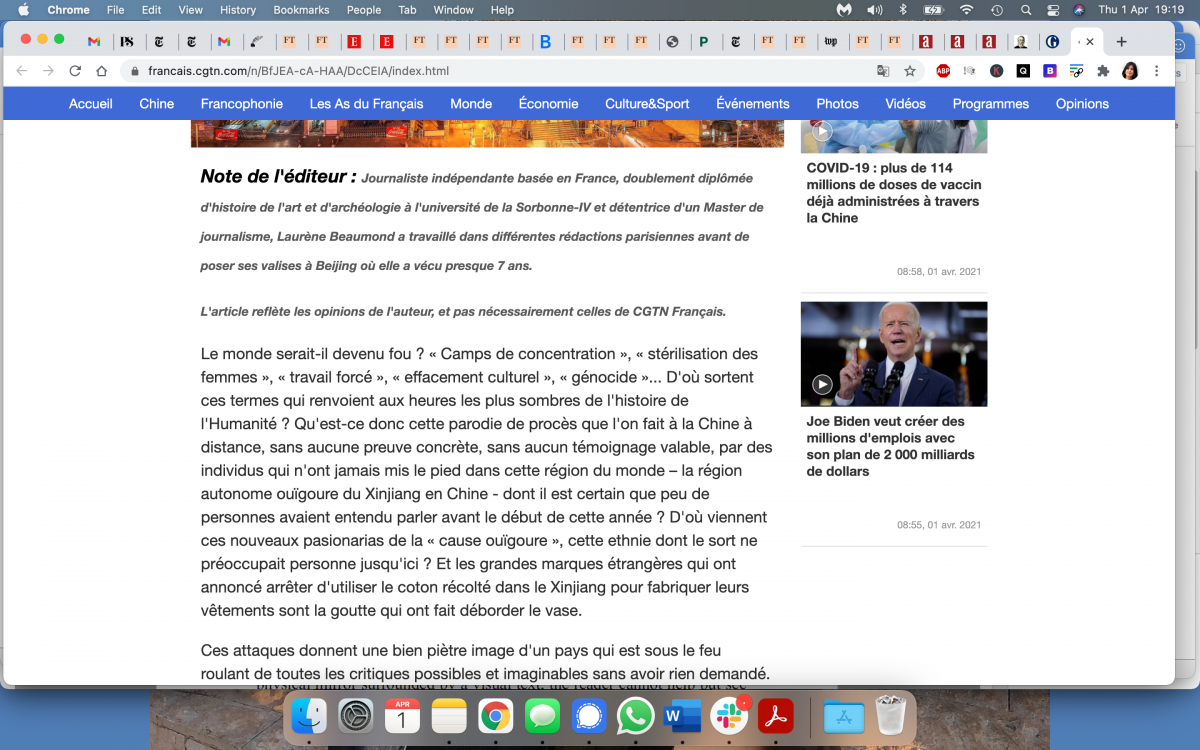