Ankara chairs and the business of ‘protocol machismo’

The men got the best seats.

Mr Erdogan and Mr Michel took chairs side by side with the Turkish and EU flags behind them. As for Ms von der Leyen, she was left to sit on a sofa well away. Opposite her sat Turkey’s foreign minister, who is definitely not on a par with the president of the European Commission.

You can see for yourself what happened, just click here . It’s eye-opening to witness something that Politico’s Florian Elder has called protocol machismo.

The sexist snub to Ms von der Leyen has nothing to do with her as a person or as a professional, of course. It’s just that she’s a woman, the European Commission’s first female president.

The Ankara display of machismo should be placed alongside recently reported complaints from women politicians in Australia. They say that their country’s parliament is a sexist backwater, and an unsafe work space for women (paywall).

Protocol machismo is a good phrase. What was Ankara thinking?

For context, worth recalling that Mr Erdogan recently withdrew Turkey from the Istanbul Convention on violence against women. Perhaps the Ankara chairs incident is an indication of Mr Erdogan’s view of women in high places? Whatever it was, it can’t be good for Turkey’s business.

And most important of all: “If you [a president] invite two presidents, make sure you have three chairs.” 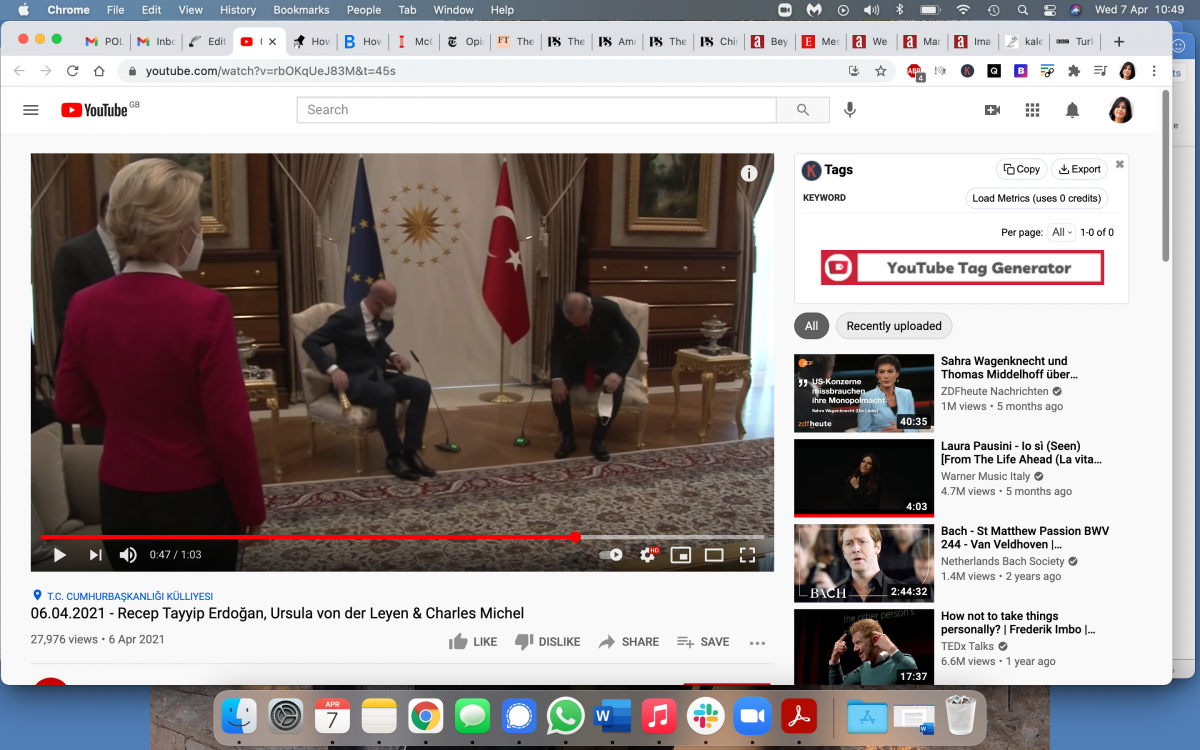