About that question mark on the letterboard in George Floyd Square

After the conviction of the white former Minneapolis police officer Derek Chauvin for the murder of unarmed black man George Floyd, the clearest, most obvious reaction was linguistic restraint.

So, in George Floyd square, the renamed area where he died in Minneapolis, activists cheered as soon as the verdict was read. But they also wrote something pretty significant—and understated—on the gas station letterboard that became known as the countdown clock during the many weeks of the Chauvin trial.

For a year, the message on that letterboard demanded “Justice for George Floyd”.

Minutes after the world learnt that Chauvin had been convicted on all three counts with which he was charge, second-degree murder, third-degree murder and manslaughter, two words and a punctuation mark were added. The message now read:

It was meant to question, full stop.

In fact, the lack of triumphalism, the repeated references to the “many George Floyds” and the vow repeatedly made by the dead man’s family to continue the fight for others made a powerful case in the fewest possible words.

Complete unfinished business. See the Chauvin conviction for what it is. A remarkable win for justice. And a win only because it was so remarkable, in that it was captured on video, for all the world to see.

According to estimates, police shoot and kill roughly 1,000 people every year in the United States, but between 2005 and 2019, only 104 non-federal law enforcement officers were arrested in connection with those killings and a mere 35 convicted.

There have been only seven murder convictions since 2005 of police officers in fatal shootings while on duty. Even when police officers are convicted of killing, it is hardly ever for murder, but for lesser charges such as manslaughter and negligent homicide, which carry more lenient sentences.

Questions about the future of policing and racial justice in America are larger than one murder conviction. There is little indication how these issues might be resolved.

That was the message of the question mark on the letterboard in George Floyd Square. 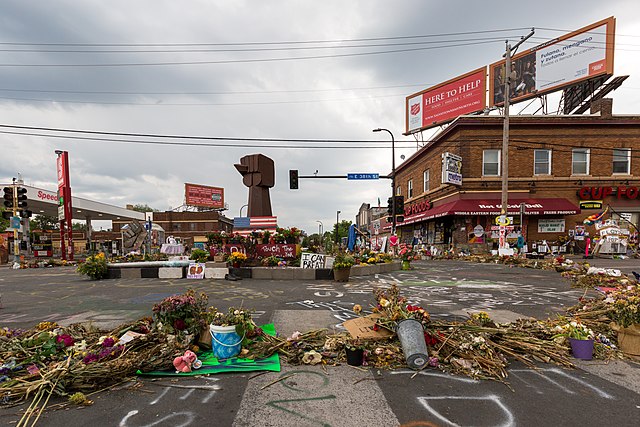