A new report by the International Energy Agency (IEA) has said that all new oil and gas exploration projects must cease from this year if the most catastrophic effects of climate change are to be averted. All new oil, gas and coal projects and exploration must stop if global warming is to stay below 1.5C.

The IEA’s call is extraordinary. It is, after all, the world’s leading energy agency, established after the 1973 oil crisis. It has a history of backing fossil fuel expansion. It’s not every day that such an energy agency would echo the prescriptions offered by environmentalists and academics and literally move to turn off the funding streams for its industry.

But it has, so what happens next?

Do the world’s biggest energy companies fall in line? The day before the IEA call to action, oil giant Royal-Dutch Shell revealed a plan to reach net-zero emissions by 2050. It is seen as one of the most ambitious climate pledges by a Big Oil company. But the 2050 target is still awfully far away. Right now, no one seems willing to accept vague pledges to do something in the future.

But, for many businesses the rush to net zero looks unrealistic – as well as potentially fatal to their prospects. As Pilita Clark notes in the Financial Times, a green rush to net zero is on and to many it “looks like a looming car crash”.  Many businesses face pressure to be both environmentally and financially sustainable but this is “a time when the green technologies they need are still on the drawing board; government policy support is paltry and a small group of influential but poorly understood umpires are judging their progress”.

What should business do and what can we, as consumers, workers and investors, do to keep the transformational process sustainably on track?

For business, the answers are clear. It is in their interest to create an industry-wide alliance that would push for systemic shifts, with government regulatory and policy support. And then they would have to just do the job. The need to cut emissions is urgent and companies have to get on board.

As for us, consumers, workers, investors and activists, perhaps there might be some merit in understanding – and talking – about the reality of the situation.

There’s a general consensus that the share of renewables needs to rise in the energy mix and that a more sustainable way of living and consuming is needed. But might there be a better, less evangelical way to approach the issue of climate change?

The eco-modernism movement, for instance, believes that traditional environmentalism is too extreme in deeming all technology and industrialisation as bad and against nature, and arguing for a return to centuries-old living patterns.

I urge you to listen to eco-modernist Mark Lynas’ conversation with Yascha Mounk on the Persuasion podcast. Click here to have a go but if you don’t, suffice it to say that Mr Lynas argues that eco-modernism better represents the 21st century than traditional environmentalism. The 21st century, he says, demands effective new solutions, not those from hundreds of years ago. Those solutions, he says, are about the new world and embracing new technology.

It is an approach, he adds, that is advocated by Climate Vulnerable Countries such as Bangladesh too. They don’t want climate change to put the brakes on their economic growth but to be the trigger for green “prosperity”, in the words of Bangladesh’s prime minister Sheikh Hasina.

It all sounds very jolly and too good to be true. But there is merit in knowing there are many shades of green as we all push towards the same goal. 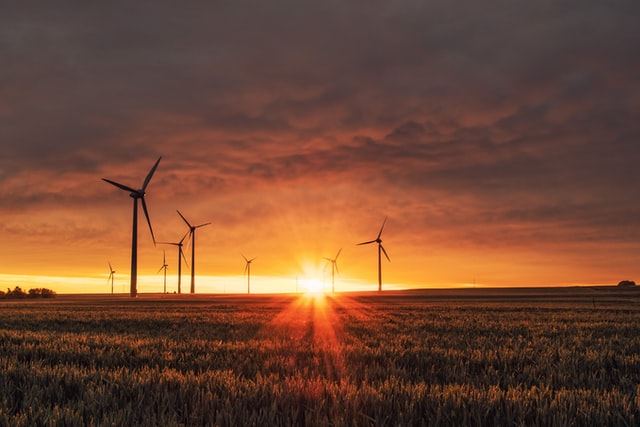