As a child I was overwhelmed by the yearning evoked by a Jackson Browne album cover. My father, a surgeon, had returned to India from a six-month sabbatical in the United States, bearing record albums for my sister and me.

I can still remember the wistfulness I felt as I looked at the car parked on an American street. It was dusk and the street lamps were on. A window in a house was an inviting golden square. Fluffy white clouds hung in a clear blue sky. It was Somewheresville, America. As portrayed on the album ‘Late for the sky’, America looked like a great place to be. Peaceful, safe, clean. The cream car looked pristine too.

I thought of that deeply felt personal example of America’s soft power when I read a piece in The Economist describing how QAnon, Trumpian rhetoric and other toxic bits of Americana are finding resonance around the world.

The piece quotes analysis by Kings College London (KCL) on mentions in the British press of “culture wars”. Once, they were “a quadrennial phenomenon, suggesting they cropped up in conjunction with American presidential elections. But in recent years the use of the term has shot up. ‘We have imported the language of culture wars into the UK wholesale’, says Bobby Duffy, the director of KCL’s Policy Institute”.

Unlike other countries, America’s symbols and iconography are easily appropriated by other parts of the world. The Economist quotes Craig Hayden, a professor of strategic studies of the Marine Corps University in Virginia. Rather than damaging America’s image, he says, videos of riots on American streets make people in other countries think America is “engaged in this kind of struggle that’s parallel to ours”.

Social media has exacerbated America’s influence, which is nowhere as subtle and scattered in impact as a Jackson Browne album cover.

Equally, it’s not as benign either.

America’s soft power remains strong. In this case, unfortunately so. 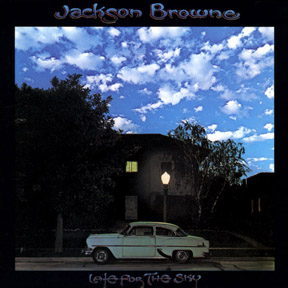