How did Bangladesh become the ‘miracle on the Meghna’?

What have you heard about Bangladesh recently? If nothing, or you haven’t noticed anything particularly, that’s telling. Unlike India, its bigger, more powerful neighbour, Bangladesh hasn’t stayed in the international headlines for weeks on end because of the state of its coronavirus crisis.

Unlike India, Bangladesh hasn’t been swaggering around either, even though it was recently hailed as a development paragon. In 50 years as an independent nation, Bangladesh has managed a dramatic improvement in its citizens’ average standard of living. The International Monetary Fund recently said that Bangladesh’s per capita GDP (measured in purchasing-power-parity terms) is $2,227. Contrast that with Pakistan — $1,543 — and India — $1,947.

And think back to how it used to be. In 1971, when Bangladesh broke away from Pakistan, the latter was 70 per cent richer than the rebellious upstart country. And in 1987, Bangladesh’s per capita GDP was about half of Pakistan’s. As Mihir Sharma wrote in Bloomberg (paywall), Bangladesh is now 45 per cent richer than Pakistan, a doleful situation that has drawn dire comment from Pakistani economists. Abid Hasan, a former advisor to the World Bank, recently pointed out in ‘The News’, a Pakistan paper, “It is in the realm of possibility that we could be seeking aid from Bangladesh in 2030.”

It all adds up to something that other economists in the South Asian region are describing in awed terms. Arvind Subramanian, a former chief economic adviser to the government of India, has written (paywall) that Bangladesh is “a global paragon of economic development…a Miracle on the Meghna”.

It seems incredible, considering that Bangladesh constantly suffers natural calamities, has almost always depended on foreign aid and has sometimes been described by its own writers and thinkers as “a basket case of misery”.

How did this happen? Mr Subramanian offers two reasons: the Bangladeshi state’s decision to cede its monopoly on services-provision to the NGO sector, which are doing very well in providing health care, schools, financial services, and in leading public-health campaigns to deliver oral rehydration therapy and immunization. The second factor is Bangladesh’s export performance, one of the reasons for which is its plentiful labour.

Of course, Bangladesh’s success doesn’t guarantee its future. A low-lying country, it faces rising sea levels as a result of climate change and will have to adapt quickly to meet evolving challenges.

Meanwhile, in its own understated way, Bangladesh shows how a different development model can work. 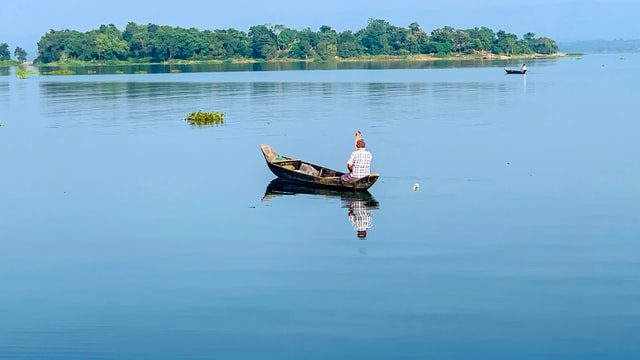