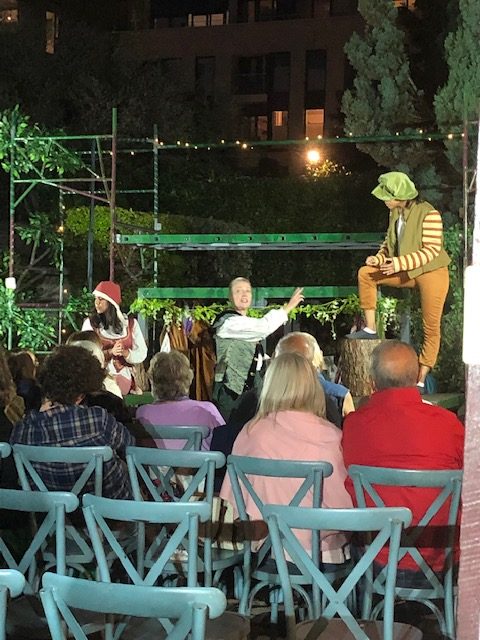 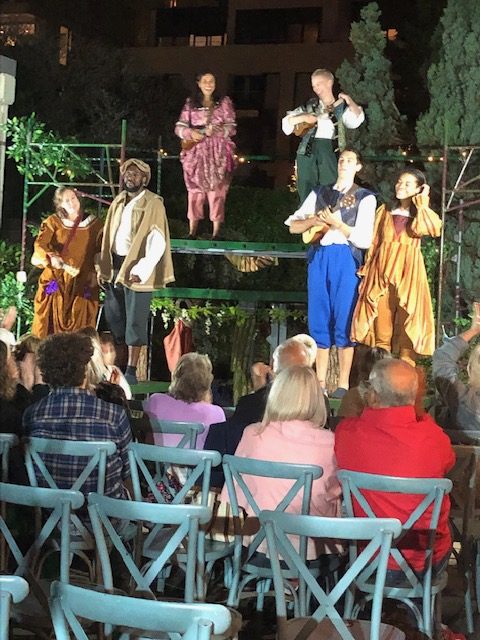 We’ve been to the theatre…in the garden. Not our garden, but one that belongs to our local inn. Not just any old inn, but a really really old one. The Pilot Inn, which was built in the early 1800s, is considered the oldest (or at least one of the oldest) buildings on the Greenwich peninsula.

Anyway, it’s pretty nice and obviously run by some clever people. For the past few years, The Pilot Inn has had the smart idea of becoming a purveyor of cultural sustenance — along with the food and drink it normally serves up. I’ve been to ‘Shakespeare in the Garden’ two years running at The Pilot and can attest that the pandemic has given this outdoor theatre a unique piquancy.

For those who do not know, Shakespeare in the Garden has been around for a decade. A female-led theatre company Open Bar takes plays all over England. In London last year, they turned up at The Pilot, The Plough Inn (Ealing), The Anglers (Teddington), The Rose and Crown (Ealing), The Turk’s Head (Twickenham), and The Duke of Kent (Ealing).

At £18 a head, tickets aren’t West End prices — but then we aren’t in a West End theatre and there’s always the chance of rain. Last year, as we watched ‘The Tempest’, the heavens opened up and we had to huddle under quasi rain-capes and ponder the “sweet uses of adversity”. The Bard assured us it was so, but there really didn’t seem any particular reason to believe him.

Last night’s performance was ‘As You Like It’ and though it was the same theatre company, the cast was different from last year except for Open Bar’s co-founder Vicky Gaskin. Last year, we saw Ms Gaskin as Caliban in The Tempest. Last night, she was the fool and a bunch of other things. We didn’t know the rest of the cast, one of whom was so new as to have only just graduated from drama school. On balance, Open Bar’s ‘As You Like It’ was not quite as slick as ‘The Tempest’.

Last night’s performance was, as someone commented, at “the level of good community theatre” rather than the assured formal grace and verve of the Royal Shakespeare Company.

That said, I think Open Bar does, in general terms, live up to its promise to serve Shakespeare “like a cool frothy pint on a sunny day: it’s refreshing, comforting and will have you singing all the way home”. 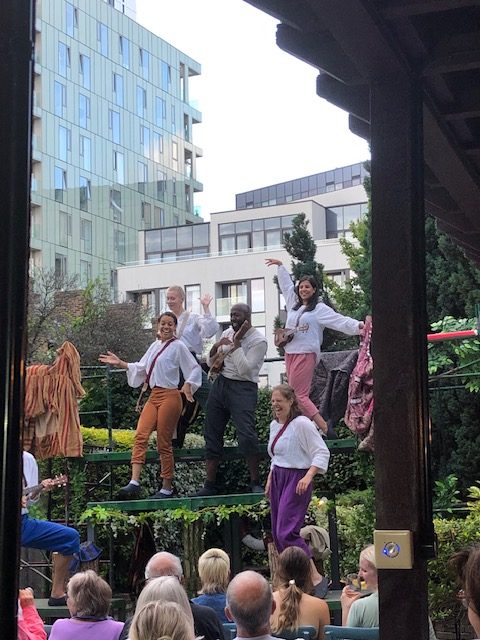