Belarus is an example of the impotence of the ‘West’

A Belarusian athlete at the Tokyo Olympics seeks refuge from going home. A Belarusian activist in self-exile is found dead near his home in neighbouring Ukraine. The Belarusian opposition leader calls upon the western world to do more to put pressure on Belarus’s President Alexander Lukashenko to restore democracy and end worsening repression.

Think about the three sentences above. The first two are coldly factual. The last is brimful of hope.

Is there any hope for those who seek to influence events by means of western pressure?

One has to wonder. Consider this grim coincidence: Activist Vitaly Shishov’s body was found hanged in a park in the Ukrainian capital Kyiv the very day that opposition leader Sviatlana Tsikhanouskaya visited Britain’s prime minister Boris Johnson and called for tighter western sanctions on Belarus. And remember that Ms Tsikhanouskaya arrived in Britain on August 3 after a 15-day tour in the US in which she met President Joe Biden.

Ukrainian police say they are investigating Shishov’s death but if there is evidence of any foul play, it will send a clear message to those who seek to put pressure on the Belarusian regime. That message is as follows: impunity.

The United Nations has already said that Shishov’s death adds another level to “our worries about what is happening in Belarus”. There is growing scrutiny of the situation in Belarus after the disputed August 2020 presidential election triggered massive public protests as well as a harsh crackdown on the protestors.

But President Lukashenko remains resolute, seemingly strong and determined to act as he pleases, with support from Moscow. In May, there was a worldwide outcry over the audacious detention by Mr Lukashenko’s regime of a dissident Roman Protasevich and his girlfriend by brute measures such as forcing a commercial international flight to divert and land on Belarusian soil.

Growing scrutiny, yes; action no. What can be done? Can anything be done?

Western countries have moved slowly and, it has to be said, rather timidly on Belarus. In June, the UK, EU, US and Canada tried to punish the brazen sky-jacking of Mr Protasevich’s flight by imposing asset freezes and travel bans on some Belarusians associated with the regime. British sanctions have  targeted a Belarusian oil product exporter. The European bloc has imposed sanctions on insurance, tobacco, petroleum products and potash exports, all of which make up a significant part of Belarusian revenues.

But nothing seems so punishing that it will force behavioural change.

The problem with Belarus is not just that it is exercising extreme control on Belarusians at home, but that it is doing that — and more — to Belarusians who have fled their country. And there doesn’t seem to be a single thing anyone can — or will — do about it. 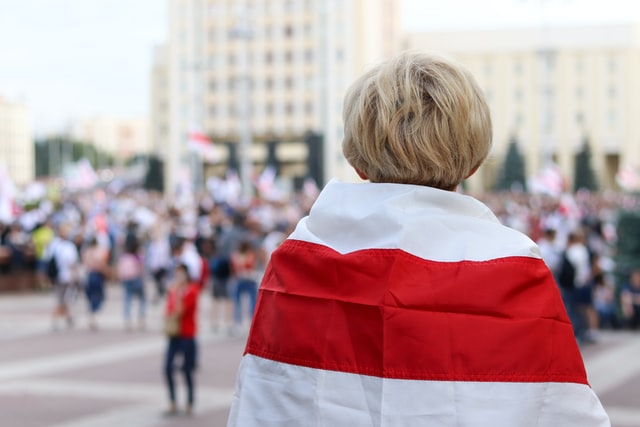