Biden Vs Bernie…again, in a different vein

Could Ohio’s 11th congressional district be the bellwether of Democratic politics? On August 3, Shontel Brown, a local chair of the Democratic Party in Ohio’s 11th, won the Democratic primary. She defeated several opponents, including Nina Turner. Ms Brown was the favourite of the party’s establishment. Ms Turner is a former operative for Bernie Sanders and was championed by the left.

What Ohio’s 11th seems to show is that it pays to tack to the centre. And that there’s still great strength in the mantra once intoned by Tony Blair for British politics: the centre ground of politics is where elections are won or lost. Generally.

Ohio’s 11th district, which is strongly Democratic, voted for Joe Biden over Donald Trump. But its voters, as Ms Brown’s victory shows, are not on the liberal side of the Democratic Party. And this is not peculiar to Ohio’s 11 district. According to polling conducted by ‘The Economist’ and YouGov, 88 per cent of moderate Democrats nationwide have a “very” or “somewhat favourable” view of Joe Biden whereas only 75 per cent say the same of Mr Sanders. And 43 per cent of black Democrats nationwide identify themselves as liberals, while 44 per cent say they are moderates. Moderates generally skew towards centrist candidates like Shontel Brown.

Or perhaps towards politicians like Representative Conor Lamb, a Democrat who has entered the 2022 race for a Pennsylvania senate seat with what he thinks is a winning formula: i.e., being a moderate. Mr Lamb’s senatorial aspirations may yet come to grief in the Democratic primary in May if progressive Sanders fans manage a win for their own candidate, but there is a lot to show that the Sanders’ chouce might be too liberal for Pennsylvania’s general election voters. In 2018, remember, Mr Lamb won a special House of Representatives election in a district that Donald Trump had carried by double digits two years before.

So perhaps, the struggle between centrists Vs liberals is better recast as one between moderate liberals Vs liberals-leaning-towards-looniness.

In broad terms, the difference is between social democracy and Democratic Socialism, which Mr Sanders once claimed as his guiding light. As economics professor Daron Acemoglu of MIT argued during the 2020 Democratic presidential primary, Mr Sanders’ Democratic Socialism is “an ideology that regards the market economy as inherently unfair, un-equalizing, and incorrigible (and) its solution is to cut that system’s most important lifeline: private ownership of the means of production”. But this, he said, will not solve America’s “structural economic problems”.

That there is a momentum for Sanders-style solutions is indisputable. That it comes from a yearning for radical measures after decades of lacklustre productivity growth and iniquitous sharing of economic gain is also apparent. However, as Professor Acemoglu argued, it is also true that the US needs its market economy to be regulated rather than supplanted altogether.

In other words, what voters might choose is a moderate Biden-esque solution, which is to say a rather mild cocktail made up of equal parts of institutionalism, caring progressivism and the deft management of expectations. 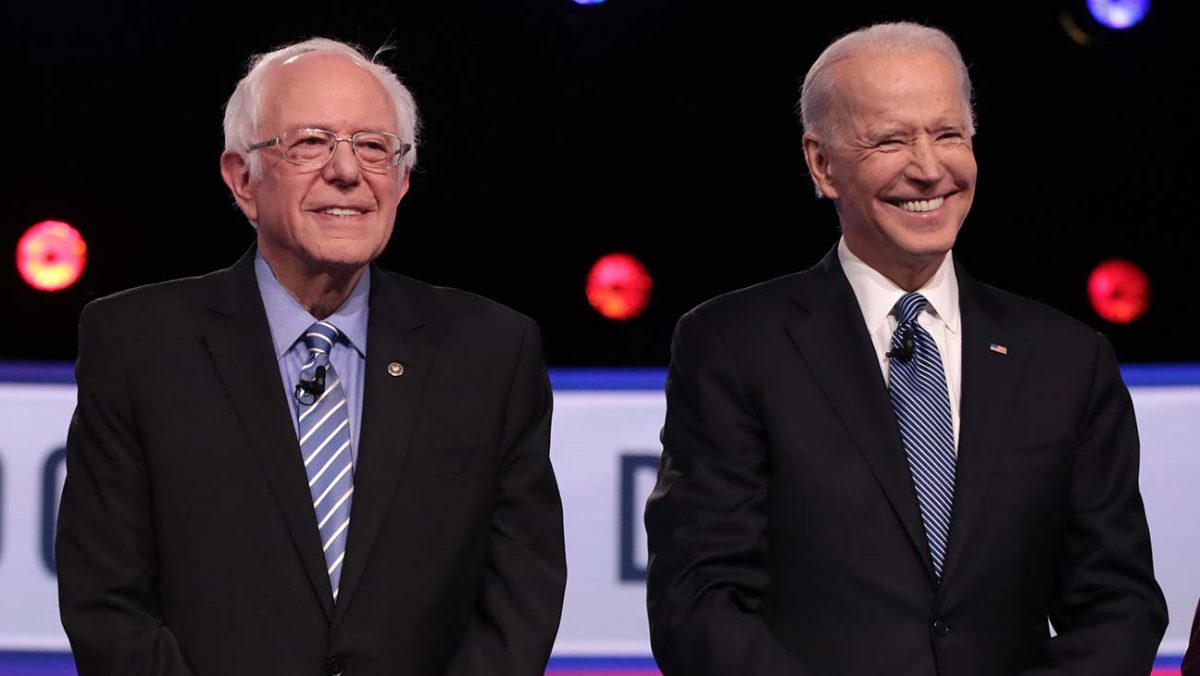