There is just enough to yoke Afghanistan and Haiti together

It is hard to think the chaos and pain engulfing two countries where I have spent a combined period of roughly four years.

In Afghanistan, the Taliban are on the verge of a complete takeover of the country and friends and former colleagues in the country are on planes trying to leave, even as the evacuation of the US embassy Kabul is under active consideration.

In Haiti (or at least the southwestern part of it), a massive earthquake occurred along the same fault line as in 2010, flattening buildings, killing more than 300 and leaving at least 1,800 injured. “Are you ok?” I WhatsApp-ed a friend in Port au Prince as soon as I heard the news, knowing in my heart that he would, thank god, be fine, but would be grieving for people in Les Cayes, Jeremie and so on. Haitians would be traumatised, all over again.

The strange thing about the way Afghanistan is falling into Taliban hands and parts of Haiti are falling to the ground is the feeling of helplessness and inevitability about both events. The sense that both would’ve happened no matter what; that there was no alternative.

But that’s strange because Afghanistan and Haiti are really not in the same boat as of August 15, 2021.

The Taliban are not a natural disaster; they are a man-made force, paid for (by whom? Follow the money, there lies a tale) and clearly, incredibly well supported in their lightning takeover of a country that was run by a different system for 20 years.

What that tells us is enough Afghans see the logic of the Taliban’s push to power for the group to advance with stunning speed and hardly any trouble.

As for Haiti, 11 years after cities collapsed in the goudougoudou, similar scenes are back on TV screens.

It’s hardly likely (or even viable) to expect the entire country would’ve been built back better since 2010. However, a massive earthquake could at least have provoked safety protocols, a systemic attempt to build in resilience.

Afghanistan and Haiti don’t tell the same story but there is just enough to yoke them together today — not just the date. 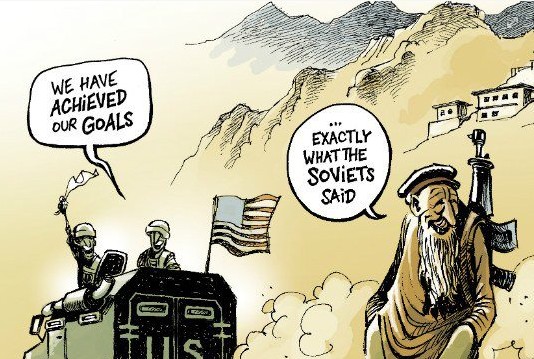