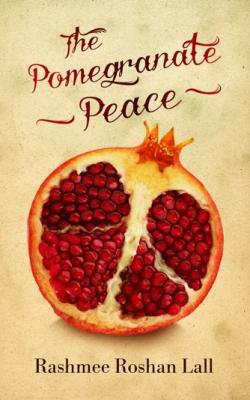 Joe Biden has a lot of incoming, as we used to say when we were hunkered into the now-shuttered US Embassy in Kabul.

A good example is the statement issued by Norbert Röttgen, chairman of the German parliament’s foreign relations committee. “I say this with a heavy heart and with horror over what is happening, but the early withdrawal was a serious and far-reaching miscalculation by the current administration,” he said. “This does fundamental damage to the political and moral credibility of the West.”

With some Afghans mourning the Taliban’s return to power and struggling to find refuge anywhere they can find, that’s all Mr Röttgen could think to lament.

What does any of this really mean? Let’s parse President Biden’s incoming for what it is.

It’s about ego and an exaggerated sense of western capabilities.

First, the ego. In general, there is acute embarrassment in western capitals that the Afghan operation ended as it did. Not suddenly — the end didn’t come suddenly, it was telegraphed by the Trump administration as early as December 2018 and the senseless deal agreed between the Trump administration and the Taliban (minus the now-collapsed Afghan government) dates to February 2020.

However, the end did come precipitately, two weeks before Mr Biden’s advertised date. One might well be embarrassed but embarrassment doesn’t really mean anything, not in war, in diplomacy, in statecraft, in geopolitics and in the wider arc of manoeuvre for and in countries that evicted occupying powers. Lebanon is a case in point. Remember that when France’s President Emmanuel Macron visited Lebanon in July 2020, he received a petition signed by thousands of Lebanese calling for France to re-take control of Lebanon.

Second, there is the exaggerated notion of western power. That a western country can simply magic new realities into being by declaring its determination to do so. Stop a minute. How could Mr Biden have prevented Afghan security forces from ceding ground to the Taliban? How could the United States have remade Afghanistan’s political culture? Mr Biden can’t even remake America’s political culture for all that he’s American-born-and-bred and a veteran of American politics.

In the past few days I’ve been reliving my time at the US Embassy in Kabul through ‘The Pomegranate Peace’, a novel I wrote about that period. Here’s an excerpt, a snapshot of the great gulf in understanding between Americans and Afghans. The narrator is an American diplomat at Kabul Embassy; she is speaking to Najim, an Afghan member of the Embassy staff:

To me the solar hijri, with its emphasis on fixing Nowruz at the vernal equinox, said something crucial and charming about the Afghan appetite for ethnic inclusiveness. Something they seemed to have lost in the last forty years. Something we needed to help them bring back to the fore. And yet, ten years into the so-called war on terror, we did not know, much less appreciate, the fact they kept time by the solar hijri. We, and much of the world, still mentally consigned Afghans to the Arab Muslim box. But the solar hijri said, as clearly as anything could, that even though Osama bin Laden was here, the Afghan way is not Arab. Even the Taliban waited three years after taking Kabul to change to the lunar calendar. And they tried – and failed – to move Afghanistan that much closer to Saudi Arabia. But a scant three years after they were ousted from power, article 18 of the Afghan constitution reclaimed the Hejrah-e-shamsi or solar Islamic calendar as ‘the basis for state offices’.

‘So that’s how you calculate Eid and Ramadan? By the solar Islamic calendar?’ I asked incredulously. ‘But wouldn’t that mean Afghans are out of sync with the rest of the Muslim world?’

‘Oh no, we use the Islamic lunar calendar, you know the usual one, for religious days.’

‘Amazing. I never knew Afghanistan had such a clear separation between church and state.’

‘I suppose I should say mosque and state. You know, marking the beginning and the end of the authority of each. Your two calendar system does that very well.’

I don’t think he really understood what I meant. In any case, he was more interested in the incontrovertible logic of Khayyam’s solar hijri.

On the Arab calendar, he explained, the months were soon out of sync with the seasons, something that maddened Sultan Jalal-ad-Din Malik Shah as well as his administrators. They found it hard to predict or prescribe anything at all – when to plant crops; when to expect to pay harvest tax.’

I was impressed by Najim’s fluent knowledge about his country’s calendar. Most of us on the compound probably knew little about the Gregorian calendar by which we ran our lives. And we knew even less about the Afghan system, for all that we ran their lives too.

The only place on the sprawling embassy compound that used the Afghan/Persian calendar was the bar. The Duck and Cover pretended its dinginess signified intimacy and that poor lighting was conducive to the sort of raging romances that are legendary when life is lived behind barbed wire, sandbags and high walls and conditions are so confined the plainest woman gets to pick and choose. The Duck and Cover’s name was a straight lift from standard civil defense procedures and every new arrival rapidly grew used to the screaming warnings that would issue from loudspeakers across the compound at the weekly safety drill and every so often, at the first sign of trouble: ‘Duck and cover, move away from the windows. Take cover and await further instructions.’

The bar sign, which had a duck in a British tin hat jauntily astride a pile of sandbags with the snow-covered Hindu Kush mountains in the distance, read ‘est. 1387’.

In the solar hijri 1387 is 2008. It was the one place that Americans recognized real time in Afghanistan. The Duck and Cover bar was also the one place we could never take the generally teetotal Afghan local staff or our few Afghan visitors.