Haiti chérie: not unlucky but unprepared

Poor infrastructure and governance add to the woes of a country laid low by a hurricane, which followed an earthquake, within weeks of the assassination of its president

On 14 August, more than 11 years after Haiti suffered the deadliest earthquake ever recorded in the western hemisphere, it was hit by another, stronger one. Its epicentre was 59 miles west of the goudougoudou, the onomatopoeic Haitian Kreyol word for the quake of 12 January 2010.

Then on 16 August, Tropical Storm Grace struck Haiti, compounding the problems faced by the Caribbean nation. Many people­­­ – both in Haiti and beyond – responded to news of the two natural disasters with the bleak phrase “Haiti never gets a break”. Others restricted themselves to commiserations. “Poor Haiti”, said the WhatsApp messages flying around between people in Haiti and people abroad who knew Haiti. “Haiti chérie. Poor Haiti chérie. What can Haiti do? Non-stop problems.”

The messages represented a fatalistic idea: that Haiti is doomed to constant suffering, that its problems are inevitable and nothing will ever change.

It didn’t help that half a world away, Afghanistan returned to Taliban control the day after this year’s earthquake. The world became absorbed by events in Kabul and there was little bandwidth for Haiti, with its supposed ill luck and seemingly long-ordained problems.

There is some truth in the impression of ill luck. When the most recent earthquake and tropical storm struck, Haiti was already reeling from a political crisis caused by the assassination of its president on 7 July. In the years since the 2010 goudougoudou, Haiti has been hit by a series of natural disasters, including Hurricane Matthew in 2016.

Matthew was a Category 4 hurricane, an event predicted to occur only once every 56 years. A World Bank estimate a few months after Hurricane Matthew said that it had caused losses equivalent to 22% of Haiti’s GDP, affected more than two million people (20% of Haiti’s population), washed away key roads and bridges and destroyed the vaccine cold chain. It was a hard blow after the 2010 quake, which killed 220,000, displaced 1.5 million and destroyed the equivalent of 120% of GDP. The World Bank used historical data to calculate that weather-related disasters had “caused damage and losses in Haiti amounting to about 2% of GDP on average per year from 1975 to 2012”.

Rebuild? How long will it take? Seriously? In Haiti? Maybe 100 years

In real terms, the 2021 quake was quite different from the one in 2010. It was of slightly greater magnitude – 7.2 Mw vs 7.0 Mw in 2010 – but its epicentre was far enough to the west of the country to largely miss Port au Prince and the capital region, home to roughly a third of Haiti’s estimated 11 million people. The death toll was lower than in 2010. Pwoteksyon sivil, Haiti’s civil protection agency, tweeted on 22 August that there were 2,207 dead and 344 still missing. The agency added that 12,268 people had been injured and nearly 53,000 houses destroyed.

But the real toll of the 2021 quake and the storm that followed goes beyond the number of dead.

Schools, hospitals, power plants, bridges and roads across Haiti’s mostly rural south have been destroyed. These are key pieces of infrastructure anywhere, but especially in Haiti, where it can take decades to secure funding for such projects.

The story of L’Asile, a commune of 52,000 in the Nippes department, is tragic. It got its first hospital – 50 beds and operation theatres – in 2008. Now, the hospital is in ruins with no more than a small outdoor triage centre. The Washington Post quoted a doctor standing outside L’Asile’s collapsed hospital: “Rebuild? How long will it take? Seriously? In Haiti? Maybe 100 years.” After visiting schools hit by the earthquake, Bruno Maes, UNICEF’s representative in Haiti, said: “It’s really a disaster. It’s a massive, massive impact on the education system.”

Haitians realise that it will cost millions and millions to rebuild, money that neither they nor their government have. Even more telling is the people’s despairing sense they are on their own. L’Asile’s mayor, Martinor Gerardin, has said in matter-of-fact fashion: “We have not seen the government come to our aid, and I don’t expect them to. How will we ever rebuild our schools, our churches, fix our water supply? I can tell you, this government won’t help. We are on our own.”

It says something about the lack of organised relief efforts, that a notorious gangster, Jimmy Cherizier, alias ‘Barbecue’, has boldly promised a truce with other gangs in order to allow aid to reach southwestern Haiti. What’s happening in Haiti?
13-07-2021 | Rashmee Roshan Lall
The 7 July assassination of the country’s president, Jovenel Moïse, has thrown the country into disarray. Here’s what you need to know

Haiti’s ill luck is its lack of preparedness and of collaborative coping strategies. After the 2010 earthquake, the World Bank helped develop a national building code and trained a new technical team at the public works ministry to ensure standards. Nearly a decade later, the bank reported on the achievements of the Unité de Construction de Logements et de Bâtiments Publics, or Building Technical Evaluation Unit. “By 2012, it had successfully completed assessments of more than 430,000 buildings. Moreover, during the first half of 2018, more than 16,000 masons and engineers were trained in paraseismic construction.”

But the unit’s slogan, reconstruire mieux (‘rebuild better’), mainly seemed to apply to Port au Prince and surrounding, quake-affected areas. In the years since 2010, there has been little attempt to develop a national raft of strong safety protocols and systemic resilience. Nationally, Haiti hasn’t tried to reinforce buildings that couldn’t be rebuilt or to institute quake response drills.

As the poorest country in the Americas, it is Haiti’s unpreparedness for disasters, rather than the frequency of disasters, that is seen to be so catastrophic.

In its 2020 World Risk Report, Bündnis Entwicklung Hilft, a network of German humanitarian outfits, ranked 181 countries on metrics that included exposure to risks, susceptibility, adaptation and lack of coping capabilities. Haiti, the report found, is less exposed to the risk of natural disasters than Dominica and Trinidad and Tobago in the Caribbean region. And it is not as exposed to natural disasters as Japan, Uruguay and Chile – located near the edges of tectonic plates and prone to earthquakes – or the Netherlands, which is threatened by rising sea levels. Yet Japan and the Netherlands are ranked among the 15 least vulnerable countries in the world. Haiti, by contrast, is very vulnerable, coming in ninth in the global reckoning of lack of coping capacity, right behind conflict-scarred Afghanistan and Syria.

Why? Any search for answers often comes up against Haiti’s acute lack of resources to rebuild and future-proof itself against disasters. When it does receive resources – from foreign sources, as happened after the 2010 earthquake – the aid is actually harmful because it weakens the Haitian state, according to historian Laurent Dubois’s argument in his 2012 book ‘Haiti: the Aftershocks of History’.

The economists Daron Acemoglu and James Robinson, who wrote ‘Why Nations Fail: The Origins of Power, Prosperity, and Poverty’, once blogged about the puzzle of Haiti’s condition. Why, they asked, does it suffer in this way, and not the Dominican Republic, which shares the island of Hispaniola with Haiti as well as a history of slavery?

“At the end of World War II, Haiti and the Dominican Republic had essentially identical levels of income per capita. Thereafter, they diverged,” wrote Acemoglu and Robinson. Perhaps, they said, it was because the Dominican Republic had a dictator who embarked on a path of extractive growth, with the country later having more inclusive political institutions and economic activity. But for Haiti, Acemoglu and Robinson said, there was “no extractive growth …just anarchy”.

It’s open to debate, but perhaps that’s part of the pattern of Haiti’s evident unpreparedness. 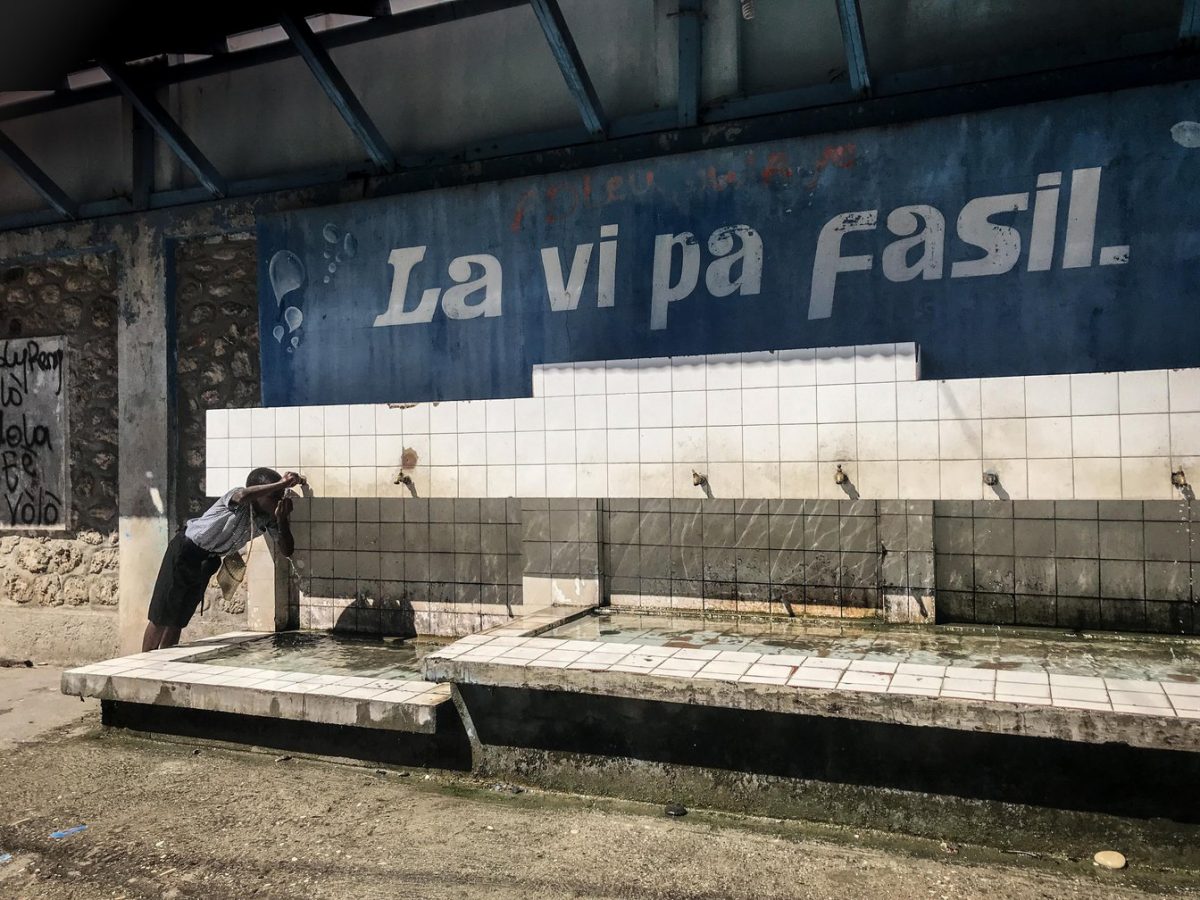