Shakespeare in the Woolwich Barracks: As you like it

The other night we saw ‘As You Like It’ — for the second time this year.

The setting — the Royal Artillery Barracks — was grand. Shakespeare’s Globe put on the show. The touring production, they said, was akin to what “would have been staged in the 17th century, with a stripped back set and a small, versatile troupe of actors”.

It couldn’t have been more different to ‘Shakespeare in the Garden’, the performance of ‘As You Like It’ we saw in July. (Click here for my blog.) Open Bar, a travelling theatre company, serves up Shakespeare in pub gardens throughput England “like a cool frothy pint on a sunny day”.

The Globe, by contrast, offers a small glass of mature, fine-textured wine.

Their rendering of ‘As You Like It’ was vastly different from the vivacious, sometimes impromptu nature of the other one.

First, of course the stately setting — against the backdrop of the 18th century Barracks, right on the parade ground.

Then there was the evident skill of the actors. In fact, Emma Ernest, who was Rosalind, played the saxophone exceedingly well; Sara Lessore, who took on multiple roles — Duke Senior; his exiled younger brother Duke Frederick and Corin, an elderly shepherd — played the flute. And Tom Chapman — who is Amiens, in the exiled court and Oliver de Boys, son and heir of Sir Rowland — plays the guitar.

Each and every one of the cast — I counted nine — were pros and exceptional in the skill and verve with which they brought this 16th century pastoral comedy to life 500 years on. 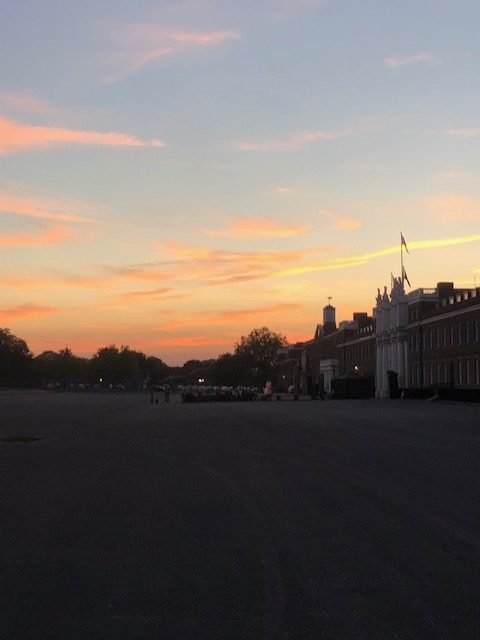