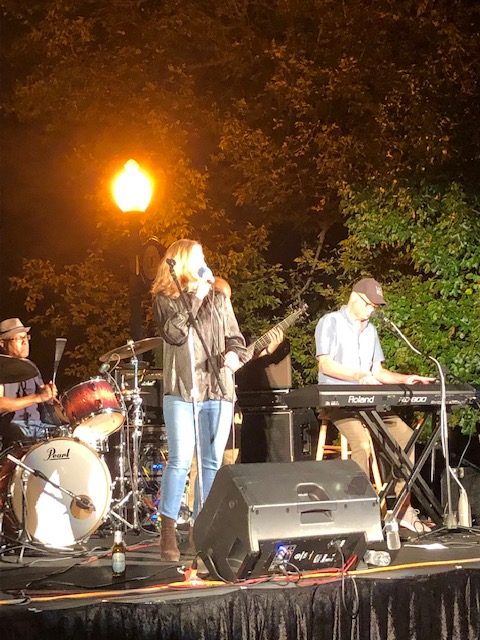 One of the more charming aspects of Washington, D.C. is the way one can round a corner and happen upon a remarkable slice of life.

So it was with the street party in one distinct neighbourhood in the northwest of the city.

The evening had cooled very slightly, as if attempting to forget summer and the turbidity of August. The sky glowed soft and dark, the perfect finishing touch to a blue and gold day.

At one end of the street, a block party was in exuberant progress. People sat on porches, on front steps, on folding chairs on the pavement and on the road. They held glasses and talked away, while children scooted up and down on bikes and electric scooters.

The band was tuning up so it seemed churlish not to wait for what was to come. Lo and behold it was Mary MacBride, a proud resident, she said of the area, and happy beyond compare, to be playing “at home”.

Had Ms MacBride’s voice not attested to the fact we were in a for a treat, there was her band — amazing keys, guitar and drummer – and the exceptional sound system. It all sounded very professional, because, of course, it was. Ms BacBride and her band have performed with Elton John, Blondie, Cyndi Lauper and Patti Smith, among others. She sang “No One’s Gonna Love You like Me’ for the film ‘Brokeback Mountain’.

More to the point, she’s been a cultural envoy for the US State Department, focussed on multiple humanitarian causes, and performed in 30 countries, including Afghanistan, Pakistan, Saudi Arabia, Iraq and Russia.

The street party in DC, though, she said, was the only time she was literally “at home”.

Round a corner in Washington, D.C., and there’s always a chance you come up against something like this. 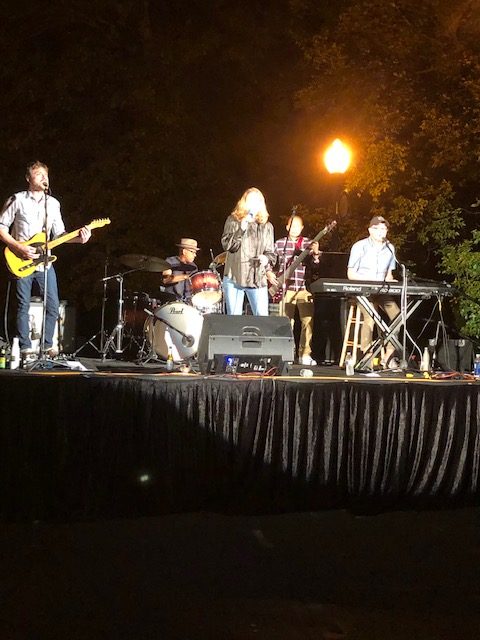