Washington, D.C.’s new signs and what they might mean

“Symbols help us make tangible that which is intangible,” wrote the British-American commentator Simon Sinek. “And the only reason symbols have meaning is because we infuse them with meaning”.

I willingly accept that I’m infusing meaning (and my own perspective) into the signs I see newly sprung up across D.C. during the pandemic. That they are up at all, however, is significant. What point are they making? Why were they written and put up? What does signage have to do with the human condition, with aspiration, the balance between hope and realism?

Signs are visual aids to the act of information-provision. Historians say the earliest date back to 3000 B.C., when signs were made of stone, wood, leather and terracotta. They mostly bore images not text. Signage continued to evolve, becoming weighty (literally) in the 18th century, and then adapting to the bright lights by going electric in the 19th century.

So to the insistent pluralism of the new signs in the American capital. They are a great deal more than symbols because according to experts, signs are very different from symbols.

A symbol’s meaning is open to interpretation by an observer. But the meaning of a sign is not in the head of an observer because its meaning has been established by a priori rules (social or cultural conventions).

Going by that, consider three examples of D.C. signage (one at the top and two below). 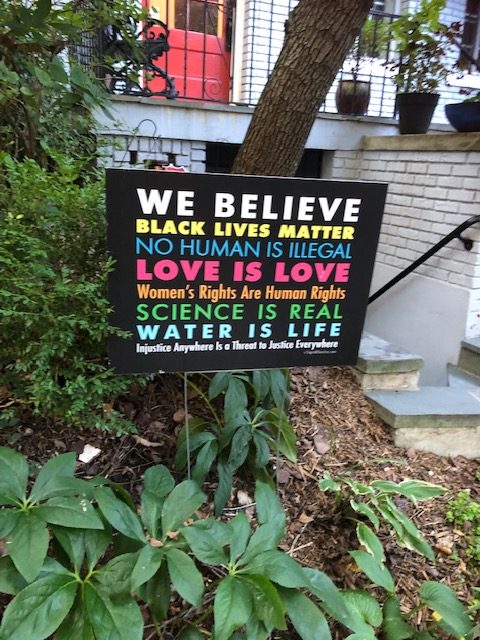 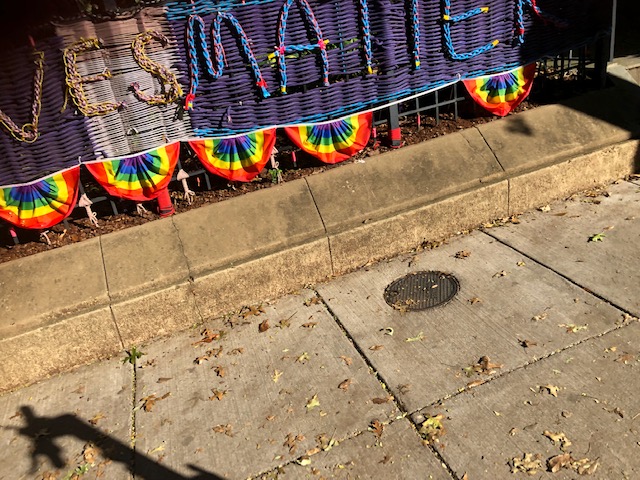 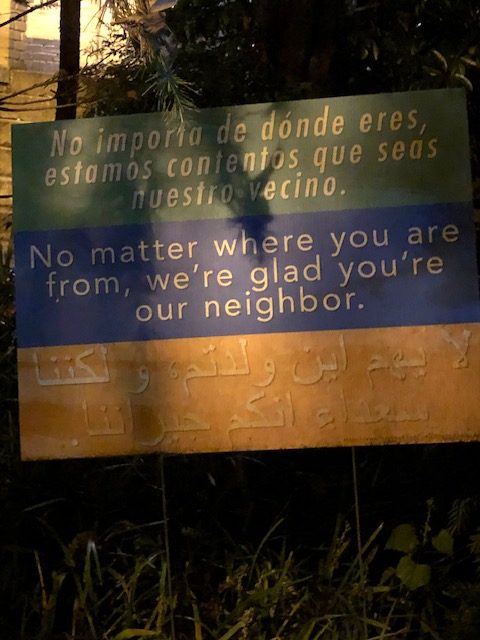