The ‘Indiana banana’ and its close Indian relative

Having never eaten a pawpaw, it was hard to resist the stall in the Dupont Circle farmers’ market in Washington, D.C. Despite the long queue and the steep price — $11 for a pound (which is to say we got two pawpaws) – we bore away our precious samples of “North America’s largest native fruit”. For, the pawpaw grows all over the eastern, southern, and midwestern United States, its earliest recorded mention dating back to the 16th century.

The man who sold us the pawpaw promised that they tasted like a cross between a mango and a banana, with the subtle flavour of custard. Culinary historian Mark F. Sohn says, in his book Appalachian Home Cooking, that “The flavor of pawpaws is forceful and distinct”. To me, they tasted almost exactly like the custard apples I remembered from India but with the added benefit of having much fewer and very large seeds. Turns out the pawpaw or Asimina triloba belongs to the same plant family as the custard apple.

As for the seeds, they are best planted immediately upon eating the fruit with pawpaw trees supposedly easily grown from seed. 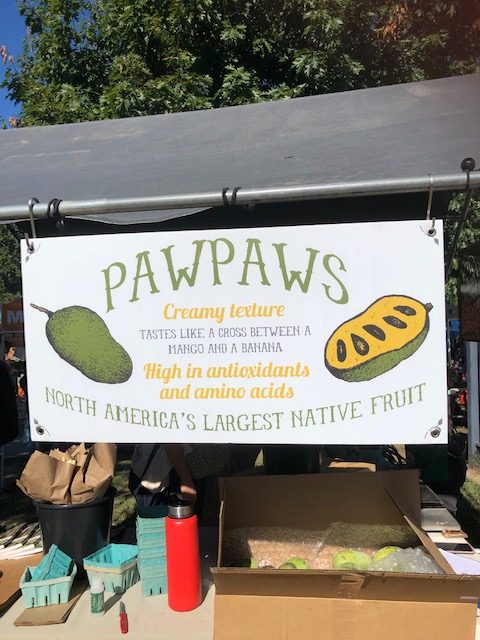