Rumours of the death of Columbus Day may be greatly exaggerated, but it sure is under stress.

Less than a hundred years since Columbus Day became a federal holiday, ostensibly to commemorate the “discovery” by Christopher Columbus of the Americas in 1492, it’s in the throes of a great renaming. Check out the notice outside the International Bank of Amherst in this tiny village in central Wisconsin.

One of the best markers, of course, especially in America, is the commercial force of a calendar marker.

Is it serving commerce? Is it shifting goods? In other words, is the Columbus Day sale still a great event.

Well, Axios reports that it is dying and not particularly slowly either. Apparently, car dealers and department stores alike are cancelling big sales events. With states and municipalities increasingly renaming “Columbus Day” as “Indigenous Peoples’ Day”, writes Axios, the “Everything Shortage” is the final nail in the coffin of this longtime ritual. 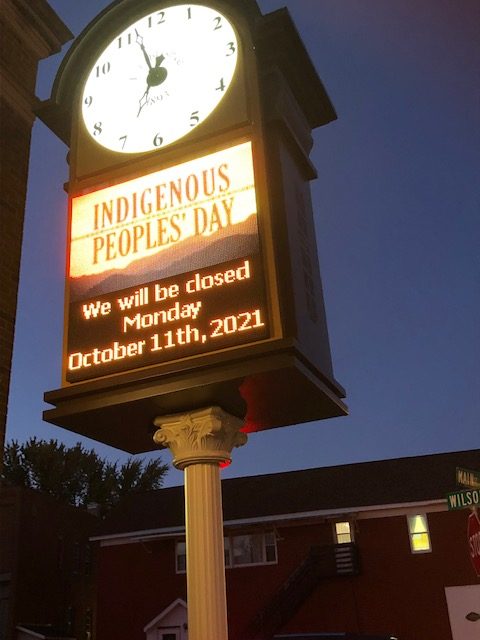