The 1950s book that explains the War on Terror

In the weeks and months after America launched its ‘war’ against global terrorism, a list of books was compiled as a way to understand the psychology of the threat, the urge to hate, whether it was something particularly Muslim, whether the US deserved the hate, and what made the American empire so vulnerable.

Tolstoy, Dostoyevsky and Conrad became instant interpreters of mindsets across the centuries because War and Peace, The Possessed and Secret Agent seemed to address similar issues, albeit in a quite different time: terrorism, violence, anarchism, revolution and the force of human evil.
An Auden poem, September 1, 1939, became one of the most cited literary works after 9/11, with the American media lingering on its prophetic tone about a New York September permeated by “the unmentionable odour of death” even as the narrator issues a heartening call to the “Just…(to) show an affirming flame”.

Then, as president George W. Bush’s invitation to every nation to join the United States in “civilisation’s fight” became more open-ended and amorphous in purpose and direction, came the post-9/11 books.

They tried to document what had really happened and what it meant, ricocheting from histories of Pakistan and the meaning of jihad to profiles of Osama bin Laden and detailed narratives on the war on terror.

One of the earliest American-Afghan personal stories of that period, Afghan-born-and-bred Tamim Ansary’s 2002 West of Kabul, East of New York, tried to bridge the gap between Islam and the West. Fictional attempts, sometimes painfully awkward as in John Updike’s 2006 Terrorist, attempted to depict alienation.

By then, Iraq had long been invaded, an act of war that Kofi Annan, UN secretary-general at the time, would later describe as “illegal”. Cue Ian McEwan’s 2005 novel Saturday, set against the anti-war protests in London.
Meanwhile, the story of mutual suspicions and myriad pinpricks of animosity between the Muslim world and the West continued to be re-imagined in different settings.

As John Freeman, then editor of Granta magazine, put it in 2011, the previous decade had seen “an avalanche” of books. But having read “dozens of them”, he admitted to being struck by the feedback loop they generally created: “Even when I was trying to read my way out of the parochialisms of being American, I often read right back into them”.

For the war on terror library has always had a notable exception. It never included Paul Bowles’ The Spider’s House, possibly the only political novel on the relationship between Arabs and the West by an American who actually chose to live among Arabs for three-quarters of his life.

Bowles, who died in 1999 aged 88, made Morocco his home for more than half a century. His seminal novel The Sheltering Sky was made into a lush Bernardo Bertolucci film. But it is The Spider’s House, the most political of Bowles’ four major novels, that should be required reading as Joe Biden asserts “that the war in Afghanistan is now over” while pledging to “maintain the fight against terrorism in Afghanistan and other countries”.

As the war on terror grinds on, metastasizing, mutating, making the battlefield, the enemy and the very definition of victory vague, The Spider’s House speaks to our current state of enervation, all of daily life subsumed on all sides by uncertainty about intentions and obligations.

The story, set deep in Fez in the northeast of Morocco, portrays the intense conflict of the mid-1950s as Moroccans struggle against their French colonial masters. It examines the relationship between the Arabs and the French, between the Muslims and the Christians (or “Nazarenes” as Amar, the novel’s 15-year-old pious, poor and illiterate Arab protagonist, calls them).

It speaks evocatively — but without scorn, sentimentality or saviour’s zeal — of the encounter between the West and the rest. It lays bare the root-and-branch nature of anti-American excrescences in the Muslim world even back then and even back there, a place where the European footprint surely mattered more.

“The arms used against the Moroccan people were largely supplied by your government,” an activist of the Istiqlal, the nationalist party, tells John Stenham, an American writer who has lived in Fez a long time and speaks Arabic. Moroccans, the activist adds, “do not consider America a nation friendly to their cause”.

Another insurgent nationalist suggests ways to draw American attention: “Once we’ve had a few incidents directly involving American lives and property, maybe the Americans will know there’s such a country as Morocco in the world… Now they don’t know the difference between Morocco and the Senegal”.

Bowles offers a key insight into young Amar’s sudden flash of understanding of why some Moroccans were willing to risk death to derail a train or blow up a cinema or post office: “It was not independence they wanted, it was a satisfaction much more immediate than that: the pleasure of seeing others undergo the humiliation of suffering and dying, and the knowledge that they had at least the small amount of power necessary to bring about that humiliation. If you could not have freedom you could still have vengeance…”

There are echoes of American-Pakistani playwright Ayad Akhtar’s reflections on 9/11. In Homeland Elegies, a 2020 fictionalised account of his family’s life in America, Akhtar notes that one of the characters in his Pulitzer prize-winning play, feels “a sense of pride — a blush” as the towers fell.

The Spider’s House is particularly adept in demonstrating the deliberate distance Bowles keeps from both Moroccans and expat Westerners: both are capable of acts of cruelty and vile behaviour.

Both the French and the Istiqlal are cynical and opportunistic. As Bowles said in a 1981 interview: “As far as I can see, people from all corners of the earth have an unlimited potential for violence”. And Stenham, the American character who may perhaps be Bowles himself, is fiercely resistant to both the French and Arab nationalists’ determination to modernise the local culture “so they can stop being Moroccans”.

He also believes that all the talk of learning another culture is tosh. “Secretly he was convinced that the Moroccans were much like any other people, that the differences were largely those of ritual and gesture…”

It is Bowles’ exquisite detachment that allows him to portray the cultural encounter — between a Westerner and another from a different environment — as what it is, a meeting of equal peoples, equally good, equally bad. So, Texas governor Greg Abbott invoking God in support of an incredibly restrictive abortion law. And the Taliban claiming Islam doesn’t permit women to play sport.

Sans moral commentary or expectations of either side, The Spider’s House is a primer for the war on terror. Sadly, it wasn’t on the reading list.

It Can’t Happen Here, Sinclair Lewis — 1935
Berzelius “Buzz” Windrip, an ignorant, rabble-rousing, demagogue, becomes president with support from the left-behind masses. He seduces them with contradictory, empty rhetoric pandering to their prejudices, hates Mexico and communists, lies liberally about enriching ordinary Americans and whips up a militia with fiery, populist talk. Enough said.

La Peste, Albert Camus — 1947
They deny the approaching plague, then struggle with feelings of solidarity, suspicion, hope, despair. People queue outside shops; avoid each other on transport. Heroic doctor treats patients despite risks. Long accepted as an allegory of Nazi-occupied France, this tale of a town cut off by an epidemic resonates as its characters’ responses to isolation, ennui
and death echo our own in lockdown.

Gulliver’s Travels, Jonathan Swift — 1726
In Swift’s satire, the scientists of Laputa find two moons revolving around Mars — 150 years before the actual moons were discovered, with behaviour similar to the way Swift described them. Several craters on one of them, Phobos, were named after Swift’s characters. He was likely influenced by earlier speculation by Johannes Kepler.

The Narrative of Arthur Gordon Pym of Nantucket, Edgar Allan Poe — 1838
Starving sailors adrift in the ocean eat one of their own, Richard Parker (named for a real sailor hanged for mutiny). In 1884, shipwrecked sailors killed and ate a real-life Richard Parker. Yann Martel used the name for the shipwrecked tiger in Life of Pi. If your name is Richard Parker, stay on dry land.

The Mars Project, Wernher von Braun — 1952
The V2 engineer who later worked for America wrote that in the future “Elon” would lead people to colonise Mars. This was 19 years before wannabe Mars coloniser Elon Musk was born. In the book, “Elon” was the title of the person, not the name. But still.
Snow, by Orhan Pamuk — 2002
Nobel Laureate Pamuk’s story unfolds to the background of rising political Islam and the complex responses of secularist and devout alike. Written before 9/11 and before Erdogan became Turkey’s leader, by the time it was published Snow had become hugely topical. A farcical but terrifying event triggers a wave of persecution.

Soumission, Michel Houellebecq — 2015
In this darkly comic satire, Houellebecq depicts inept, impressionable leftish metropolitans enabling an Islamic takeover in France by supporting an Islamist presidential candidate against Marine le Pen. His unprincipled, venal protagonist converts to Islam to keep his job and ‘submits’ to the new order mainly for better pay and polygamy.

Originally published at https://www.theneweuropean.co.uk on October 13, 2021. 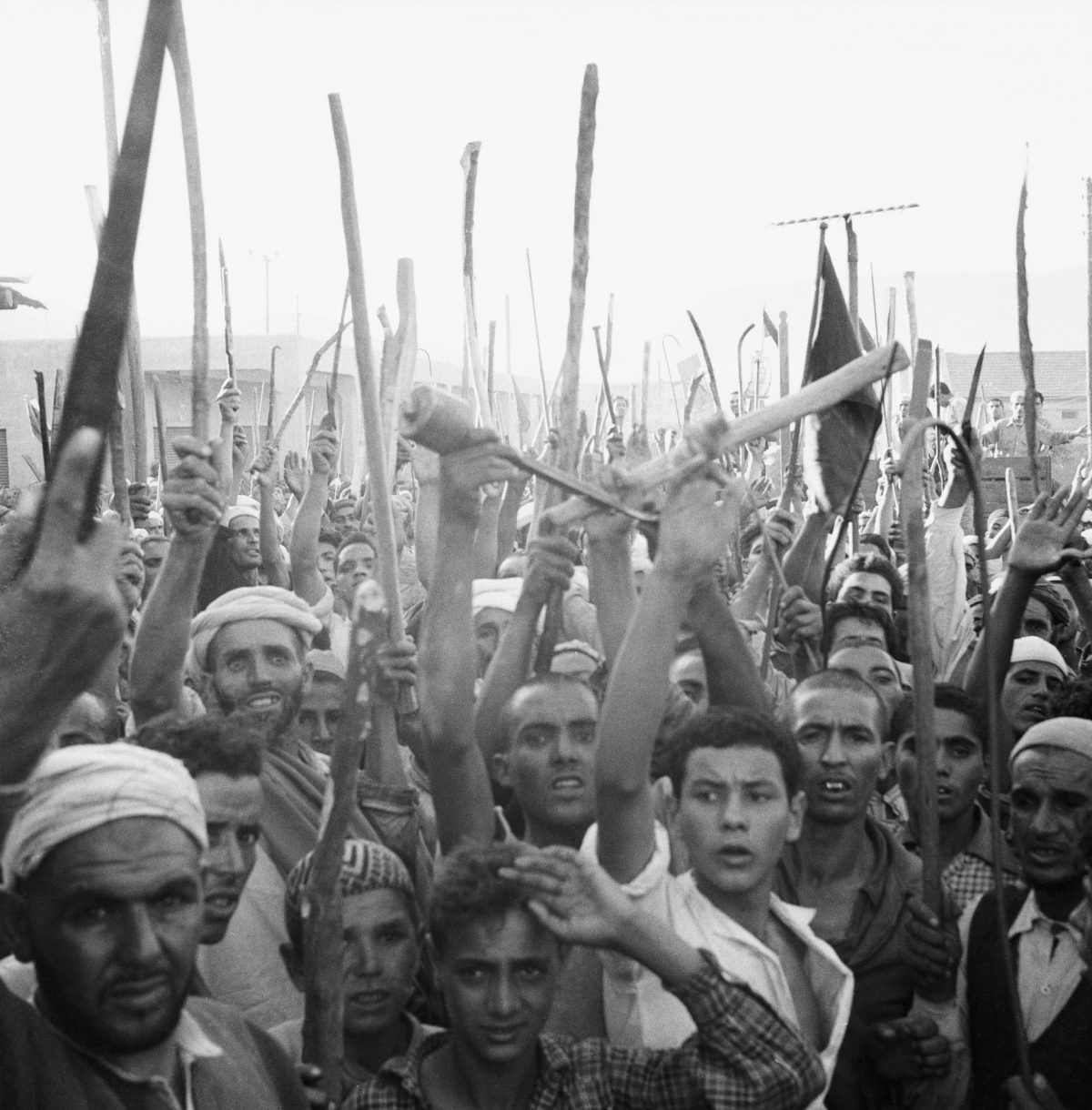