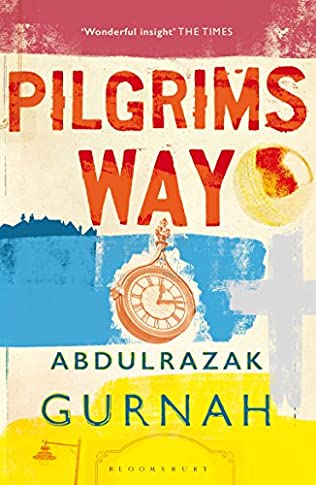 When Abdulrazak Gurnah was announced as the winner of the Nobel Prize for literature, I was suddenly back at university, with my PhD supervisor suggesting I read Professor Gurnah. I was working on something set in Africa, which dealt with Muslim sensibilities, and my supervisor thought I would benefit from reading Mr Gurnah’s novels.

I listened but am sorry to say, did nothing about it. In my defence, I did have quite a lot to do, not least a doctorate and two jobs. What doesn’t sound so good is the fact that even after I passed my doctoral viva more than a year ago, I still made no move to read Professor Gurnah’s books. In truth, I had forgotten about him.

Then the Nobel committee in Oslo resurrected him in my memory. And brought him to the world’s attention. I promptly ordered two of his books on my Kindle and reserved another couple at the library. Haven’t got through them all as yet, but I can honestly say Mr Gurnah is an unusual writer. He makes little concession to literary fads and the whims and fancies of a fickle reading public. He is unsparing in his scrutiny of the most unpleasant facts about his characters (and indeed the houses in which they live). He is brave, in unexpected ways, for he insists on banging the drum for issues that might loosely be grouped under the Black Lives Matter banner, but he does this so stoically he can’t possibly be seen as modish.

Consider ‘Pilgrim’s Way’, Mr Gurnah’s 1988 novel. Set in England, its protagonist is a Tanzanian theatre orderly. Daud lives in squalor and beneath the notice of all around him (except for the red-faced, red-necked, well-pickled who insist on asking every person of colour to do us a favour and go home).

Daud finds exquisite pleasure in the revenge he supposedly takes in his imagination. He constantly writes sardonic letters in his head, telling the bosses at work, nasty colleagues and friends the truth about what he thinks. He soberly reconciles himself to living in England, cold, damp, dark, and very far away from the colours and tastes of Tanzania. Mr Gurnah’s second novel, ‘Pilgrim’s Way’ is a meditation on migration, isolation and integration. It is worth reading. I wish I’d listened to my supervisor much earlier.