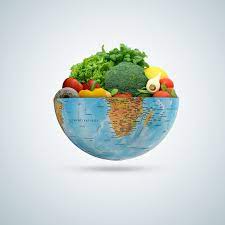 The second World Food Day under a deadly pandemic has come and gone (on Saturday, October 16). It is an understatement that World Food Day 2021 was severely marked by Covid-19. The pandemic has affected the notion of food security and indeed the complacent western belief that there will always be enough of everything — flour, pasta, chicken, beef, vegetables and crisp salad — in the supermarkets, so long as you have the money to buy it.

According to the Food and Agriculture Organisation (FAO), the UN agency whose founding is marked by World Food Day, the pandemic-induced recession could add at least 100 million to the 690 million people already suffering from hunger. The new numbers highlight a stark reality — World Food Day is much more than a meaningless anniversary.

As Ngozi Okonjo-Iweala, Director-General of the World Trade Organization, recently noted, the second World Food Day under the pall of a pandemic reinforces the need for “deeper international cooperation” and the fact that governments play a key role “in improving how food markets function”. That’s something much of the world is thinking about now, with varying degrees of urgency.

Food prices, already hit by soaring commodities and freight costs, have been rising because of the shortage of fruit pickers, slaughterhouse workers, truckers, warehouse operators, chefs and waiters. (It’s worth noting that worker shortages aren’t a reality everywhere. Mainland Europe, China and India are largely unaffected in this regard.)

But inflation is a factor pretty much everywhere. In August, food prices were up 33 per cent compared to the same time last year, according to an index compiled by the FAO.

So, what can governments do? Ms Okonjo-Iweala points to the need to “update global rules on trade” and to “abandon policies that distort the rapidly evolving global food market”. These include, she says, keeping economically unviable fishing fleets at sea, fossil-fuel subsidies and underinvestment in public goods relating to food and agriculture.

That’s a pretty big-picture laundry list. Lots of big words too. What it really means is using common sense to ensure people are adequately fed.