How to make COP26 a success? Talk about plastics

It’s nearly 30 years since the United Nations Framework Convention on Climate Change was signed at the Rio Earth Summit, but the subsequent annual gatherings, or Conference of Parties (COP), have rarely been truly memorable. What would make COP26, this year’s gathering in Glasgow, a success? And how do we rate COPs anyway?

The second question may be easier to answer than the first. At the very least, a successful COP must end with a clear commitment or some tangible achievement. By this tough standard, just five make the list.

The 1995 COP in Berlin is judged significant because it was the first. COP3, in Kyoto in 1997, was the first to oblige signatory countries to reduce greenhouse gas emissions. COP6, in Bonn in 2001, fixed a good deal for industrialised countries, but not the planet: rich countries were allowed to gain carbon credits for establishing carbon sinks, emissions trading and the clean development mechanism, which allowed them to fund emissions reductions in the developing world as an alternative to domestic measures. COP16, in Cancun in 2010, agreed to an annual $100bn Green Climate Fund (but not its funding) and identified the goal of keeping global warming to a maximum of 2°C. COP21, in 2015, adopted the Paris Agreement on climate change mitigation, adaptation and finance. It was the first time that the world had a binding agreement on measures to achieve climate neutrality by 2050.

The outlook for COP26 in Glasgow is judged to be middling to fair.

Christian Downie, an academic who has served as a climate policy adviser to the Australian government, suggested before its launch that “there are reasons to be hopeful”. After all, he said, “More than 100 countries, including China, the United States and United Kingdom, have already pledged to reach net-zero emissions. Globally, renewable energy is booming, the tide is turning against fossil fuels, and the economic costs of not acting on climate change are becoming ever more obvious.”

Greta Thunberg, the teenage Swedish climate activist, insisted COP26 be judged by more ambitious metrics. “In my view,” Thunberg told the BBC, “success would be that people finally start to realise the urgency of the situation and realise that we are facing an existential crisis, and that we are going to need big changes, that we’re going to need to uproot the system, because that’s where the change is going to come.” One of the changes she demanded was for world leaders to “be honest”. Politicians, she said, should “be honest about where you are, how you have been failing, how you’re still failing us”.

Within days of Thunberg’s exhortation, the UK prime minister, Boris Johnson, admitted the chances of success were “touch and go”. He also called time on recycling plastic. It “doesn’t work” and “isn’t the answer”, Johnson told a group of schoolchildren. “You can only recycle plastic a couple of times, really. What you’ve got to do is stop the production of plastic. Stop the first use of plastic. The recycling thing is a red herring… We’ve all got to cut down on our use of plastic.”

The reaction was mostly disapproving. Simon Ellin of the Recycling Association declared that Johnson had “completely lost the plastic plot” and that his comments were in conflict with the policies of his own government. Lee Marshall, head of the Local Authority Recycling Advisory Committee, tweeted that Johnson had laid waste to five years of work by comms teams to encourage recycling. The boss of a coffee pod recycling scheme accused Johnson of making “misleading” comments. And the head of the British Plastics Federation said recyclers within his industry should be “proud of their role” in delivering a low-carbon economy.

Yet Johnson’s blunt remarks about plastics and the need to use less of them may meet the Thunberg test: honesty from a world leader.

Tackling plastic pollution is considered part of a wholesale transformation of how we buy and consume products and live more sustainably, with significant implications for the health of the planet. “Recycling plastic is a fig leaf to enable us to continue our wasteful ways,” said Sia Sunderland, co-founder of the four-year-old campaign group A Plastic Planet. “It is not a shopper problem. It is an industry problem. We buy what we are sold. Sell us something better.”

Johnson is right about the need to cut down on the use of plastic. According to a new report by Beyond Plastics, a US-based environmental group, plastics are expected to contribute more to climate change than coal-powered generating plants within the next decade. Titled ‘The New Coal: Plastics and Climate Change’, the report says that the US plastics industry’s contribution to climate change is on track to exceed that of coal-fired power in the country by 2030. The report claims that as the world moves away from oil and gas, fossil fuel companies are turning to plastics to preserve their profits, with dozens of new petrochemical facilities planned in North America alone.

Plastics originate as fossil fuels, and greenhouse gases are emitted at each stage of the plastic life cycle according to a 2019 report by the Center for International Environmental Law, a US-based non-profit organisation. The gases are emitted during fossil fuel extraction and transport, during plastic refining and manufacture, and during the management of plastic waste. And plastic waste continues to emit gases once it reaches our oceans, waterways and landscape.

Research by a consortium led by Australia’s Minderoo Foundation and which included the London School of Economics, has found that global plastic production is set to expand by 30% in the next five years. This, the research shows, would increase carbon emissions and create more plastic waste. ExxonMobil, Dow, Sinopec, Indorama Ventures, Saudi Aramco and PetroChina are among 20 petrochemical companies named as the source of 55% of the world’s single-use plastic waste.

Judith Enck, head of Beyond Plastics and a former regional leader of the US Environmental Protection Agency under Barack Obama, notes in her foreword to the report: “Plastic’s production and disposal are both massive environmental justice issues that are rarely mentioned when climate change policy is debated in Washington or when leaders gather at international forums.” Critics point out that Obama, Enck’s former boss, controversially supported the fracking industry, which indirectly contributed to the plastic glut by increasing fossil fuel extraction.

Meanwhile, plastic production continues to grow. In 1950, according to Our World in Data, the world produced only two million tonnes of plastic a year. Since then, annual production has increased nearly 200-fold, reaching 381 million tonnes in 2015. Just 9% of the plastic used around the world is recycled. The bulk is buried, burned, sent abroad or left to pollute land and sea. Plastic products can take anything from 20 to 500 years to decompose.

Johnson has triggered an essential debate – one that the world must have, and one which could make the difference between success and failure at COP26. 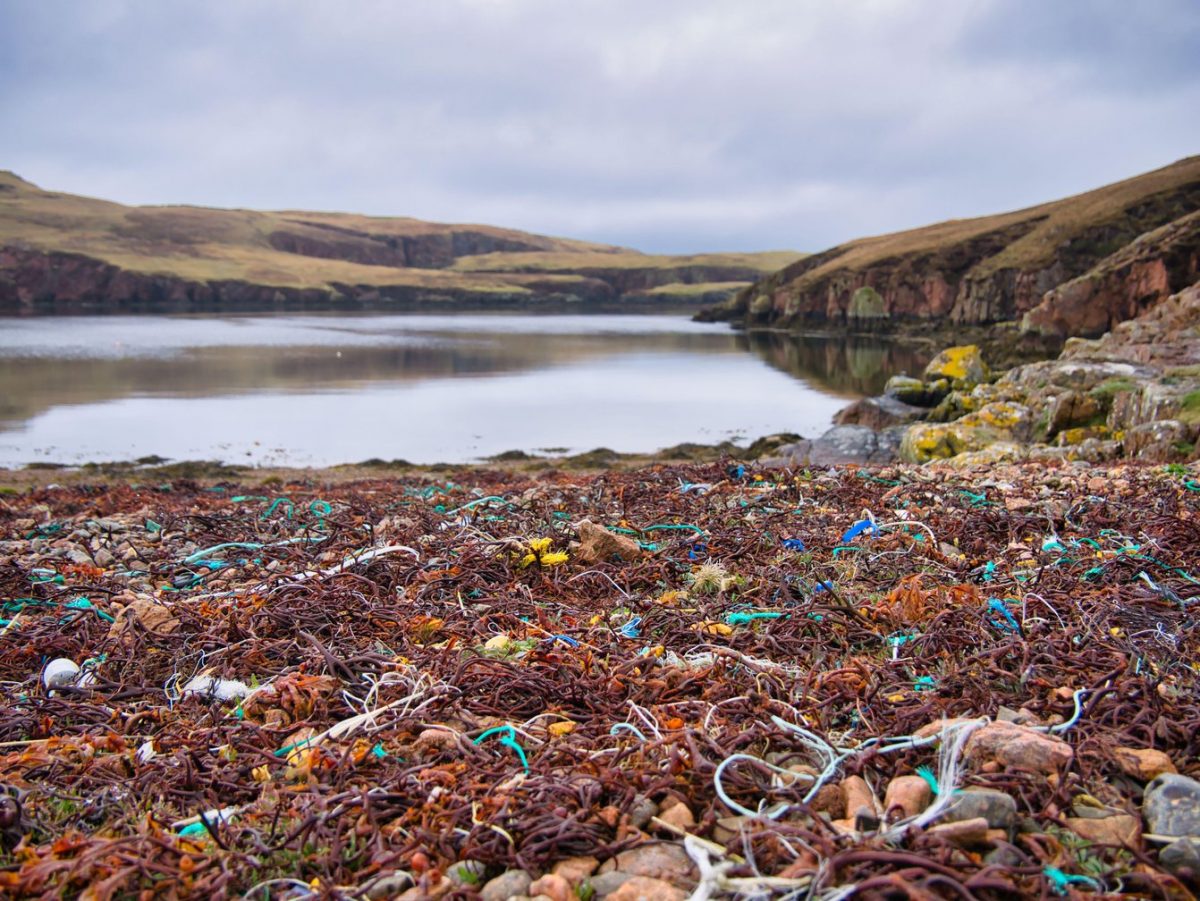