A dam can be a good cover model and infrastructure, a good story

It was the daily Muck Rack newsletter that offered the following fascinating news nug (that’s something between a full story and a headline, by the way, according to some of the best in the business):

The cover of the first issue of LIFE magazine in November 1936 featured a photo of infrastructure.

As Muck Rack explained, the magazine showcased “a photo by Margaret Bourke-White of the Fort Peck Dam in Montana, a major project of the New Deal’s Public Works Administration. The photograph was later used on a United States postage stamp in the ‘Celebrate the Century’ series.”

Who knew? Not me. But I can honestly say I’m not really surprised. Days after Joe Biden signed the $1.2tn infrastructure bill into law, it’s worth remembering that infrastructure – aging pipes and busted roads and then some – is not only important but interesting too, so long as the reporter and/or photographer show the context.

Bourke-White did that in spades. LIFE magazine itself noted (before its last issue in April 2007) that her “remarkable photos from the Depression-era wilds of Montana” told a compelling story. They served, the magazine said, as “a portrait of a community brought together by circumstance, i.e., by FDR’s New Deal, in a barren place, in an unimaginably hard time, for the express purpose of building one of the chief engineering marvels of the age.”

It added that “Fort Peck Dam is still, today, the highest of all the major dams along the great Missouri River. Bourke-White’s photos, meanwhile, capture the vast scale of the audacious project and the far more intimate scope of the human capacity for finding joy or, at the very least, a kind of rough pleasure and fellowship wherever one can, whatever the odds.”

In fact, LIFE itself was pretty surprised that a dam became the eye-catching model for its very first cover story. Its editors wrote in the November 23, 1936 issue, “(subscribers won’t be) not nearly so surprised as [we] were (by our cover). Photographer Margaret Bourke-White had been dispatched to the Northwest to photograph the multimillion dollar projects of the Columbia River Basin. What the editors expected were construction pictures as only Bourke-White can take them. What the editors got was a human document of American frontier life which, to them at least, was a revelation.”

It’s possible that the 2020 decade’s “construction pictures”, as the LIFE editors put it, may one day make their own kind of history. Others have pointed out that the new construction efforts as a result of Mr Biden’s endeavours will literally build and bolster America. As Felix Rohatyn, a banker, has said, from the Erie Canal to the first transcontinental railroad to interstate highways, America’s economic success story was put together, shovel by shovel, over 150 years. 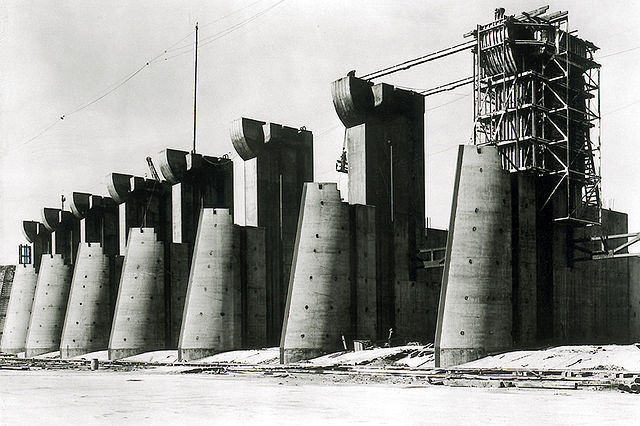