Sweden gets its own Indira Gandhi…or not

By the evening of November 24, within hours of taking office, Magdalena Andersson had resigned as prime minister because her coalition government fell apart.

So Sweden has got its very own Indira Gandhi…and her name is Magdalena Andersson.

The 54-year-old swapped jobs – finance ministry for the prime minister’s office – and made history.

It’s as simple as that – if you’re a female politician in Sweden. For, Ms Andersson has become Sweden’s first female prime minister, a whole century after Swedish women gained full voting rights.

Is it easier for women to make history because there are so many glass ceilings to shatter?  Is it true that they don’t necessarily need to do much more than be in frontline politics to hit some historical marker or the other?

Kamala Harris’s 85 minutes as US president may be a case in point. It’s one of the few times that anyone will have paid attention to a routine transfer of power to the American vice-president. Being a woman made Ms Harris’s brief presidential stint newsworthy and historic.

So too Ms Andersson. Had it been a Mr Andersson who took over from Stefan Lofven, no one would necessarily have paid much attention.

That said, it’s a mistake to think women in frontline politics have it easy. Just getting to that point is extraordinary as well as extraordinarily hard. 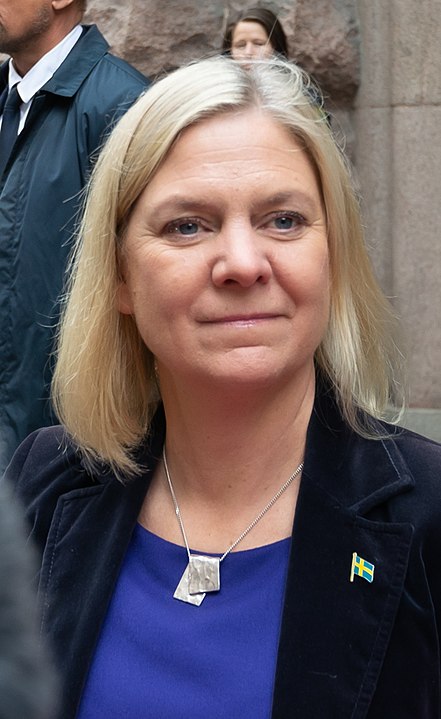