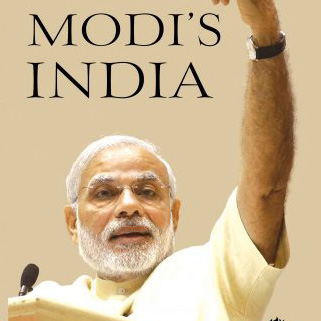 If you follow the Indian media, the name Parag Agrawal is popping up a great deal. Vishal Garg, not so much.

Mr Agrawal has become famous as the new CEO of Twitter.

Vishal Garg, who already was a CEO (of mortgage company Better.com) has become famous for all the wrong reasons, namely sacking 900 employees on a Zoom call.

India likes its sons and daughters to add lustre to the brand. Mr Agrawal fits the bill. Mr Garg doesn’t.

I’m not sure how exactly Mr Agrawal is handling the swooning, but at the risk of being self-indulgent, here’s a relevant quote from a chapter I wrote for a HarperCollins India book ‘Making Sense of Modi’s new India’. It’s about the trouble that ensues when celebrity “Indian-born” people decline to be co-opted by the groupthink:

“After Indian-born American-British scientist Venkataraman Ramakrishnan won the 2009 Nobel Prize in Chemistry, and famously said it was entirely unimportant that he was of Indian origin, “we are all human beings, and our nationality is simply an accident of birth”, the shock was followed by attempts to belittle him. Journalist Kumkum Chadha thundered in a Hindustan Times blog that she had always believed ‘that the greatest damage to India is done by its own countrymen. I am witness to several Indians settled abroad who take the lead in running down their own country in the presence of foreigners. They start the country-mockery before others would venture or dare to. The pride in India and the phenomenon of being a proud Indian is a recent one. Before that Indians were ashamed of being seen or referred to as Indians and did everything possible to conceal their identity and origin. I sense Ramakrishnan’s contempt towards Indians stems from this mindset’.”

Was Mr Ramakrishnan really being contemptuous of India when he brushed off attempts to co-opt him just because he had won a Nobel? What he actually said, in an email interview with PTI, soon after the Prize was announced, was pretty level-headed. He said: “all sorts of people from India have been writing to me and clogging up my email box. It takes me an hour or two to just remove their mails. Do these people have no consideration? It is ok to take pride in the event but why bother me…There are also people who have never ever bothered to be in touch with me for decades who feel the urge to connect. I find this strange.”

I’m not sure how Mr Agrawal is dealing with the new penfriends from India who must be filling up his inbox right now. Chances are, he’ll be more diplomatic than the scientist because he heads a business and Twitter needs to keep India (and Indians) sweet.

As for Better.com’s Vishal Garg, who in India would want to write to him? Or to claim him?