So, a-wassailing we went, and very on point we were too

Our part of London has been wassailing for nearly a decade and this year– the eighth wassail – was particularly splendiferous.

Upwards of a hundred people turned up in the Pleasaunce, a walled 19th century garden, many wearing a wassail crown (of fake leaves on fake boughs that were twisted into wreath-shaped headgear). Little children and dogs of all sizes ran around, while the Halstow community choir sang sweetly, giving way to the Greenwich Morris Men, who stepped about energetically and rhythmically. Then came the Morrigans, a local folk group attired in rich purple costumes that might have been lifted from a mediaeval English chest. Taru, a non-profit that teaches drumming, gave a mini class to the gathering, which managed to play a good set or two using inverted biscuit tins or drawing a percussive beat from two sticks like claves. The local café did a brisk sale in mulled cider, which is the very wassail we’ve been serving in our neighbourhood for the past few months. Finally, we wound up in procession to the apple trees to implore them to give us good bounty this year. The trees received a drink of wassail and heard the Morrigans as well as the racket of the drums and claves. Richard Sylvester, a storyteller who MC-ed, was in charge the whole way through. A pleasant afternoon was had by all. 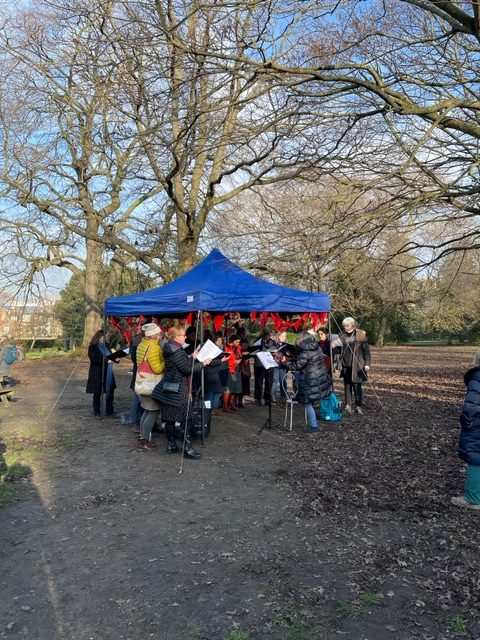 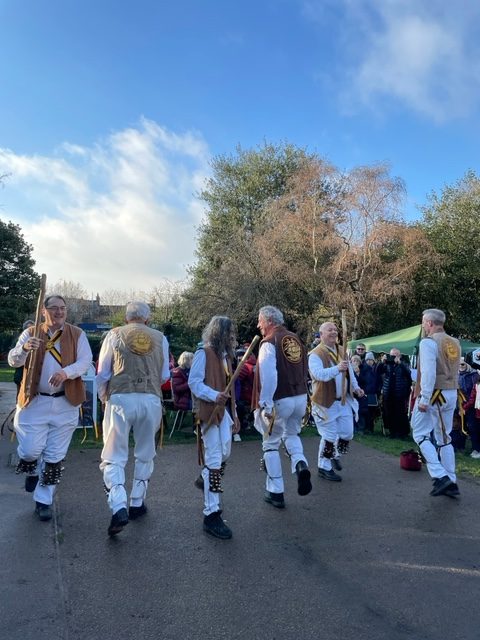 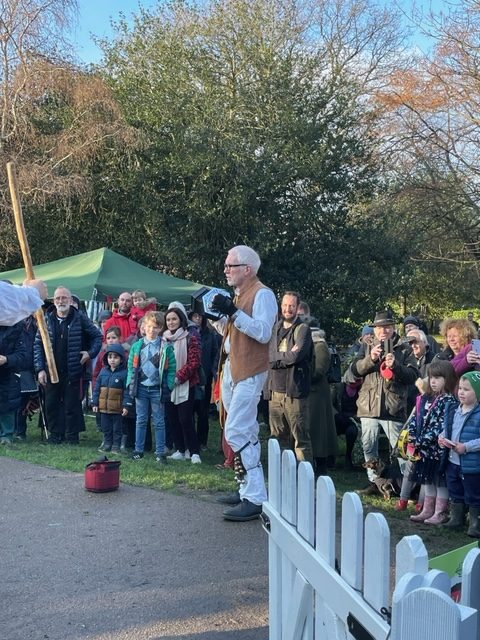 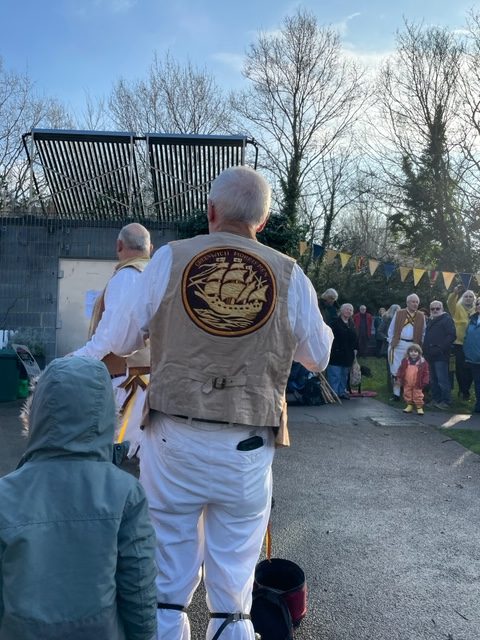 “I’ve never seen so many people at the wassail,” said Fergal, a former BBC television creative director, who has attended all of the previous eight wassails. It was an interesting observation for this festival of good spirits, singing, drumming and nature-awareness and I thought a cocktail of reasons may have brought people out. Two years into a pandemic, everyone is hungry for connection and community, outdoor events are considered safe enough, all the better if it’s a bright and beautiful day. Additionally, it’s no coincidence that six years after the Brexit referendum, English customs and dances are gradually coming into fashion.

As the British conservation charity The National Trust says, wassailing, a Twelfth Night tradition, has been practised in this country for centuries. It appears quite like a rural folk custom in terms of the noisy drumming or banging of pots and bans, which is supposedly meant to banish bad spirits from fruit orchards. The word “wassail” is believed to be derived from the Old English “was hál”, which means be hale or good health. Wassailing has its roots in Anglo-Saxon times, which means roughly 500 years between the Romans and the Normans ie between 400 and 1066.

But never mind the fashion for all things ancient, the best reason to go a-wassailing is that it’s a lot of fun. 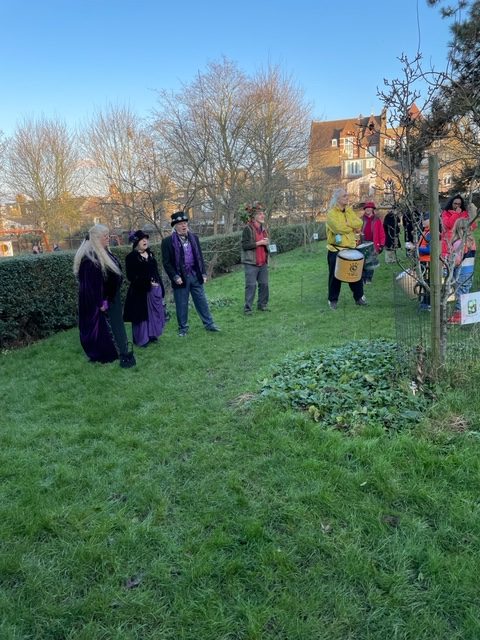