Looking for ‘Mein Kampf’ in London and Delhi 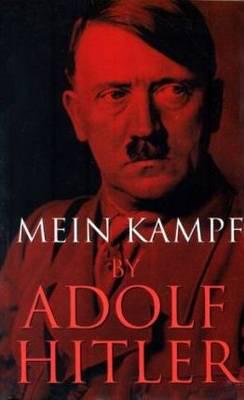 Almost exactly a year ago, a friend started to talk about ‘Mein Kampf”. He was reading it as a guide, he said, to truly understanding how Hitler got to the point he did – a fascist, exclusivist, who created a system that killed six million people.

I thought it was a good idea to read ‘Mein Kampf’ and set out to buy a copy. It was lockdown and my online searches showed something quite extraordinary: ‘Mein Kampf’ was not permitted to be sold by any and every bookseller. It was regulated, so to speak, by the market. (In March 2020, Amazon banned the sale of most editions of ‘Mein Kampf’, as well as other Nazi propaganda books from its store following decades of campaigning by Holocaust charities. On Amazon UK, from then on, only a few foreign-language editions remained available.)

I finally bought a paperback copy for £18.73 (free delivery) from Blackwell’s. (Incidentally, the price has now dropped, for whatever reason, to £10.19. I’m not sure if that should be read as a sign that such thinking is falling out of favour!)

Anyway, I mention my search for ‘Mein Kampf’ in London, in light of the current controversy in India over placing a statue of Subhas Chandra Bose (an ally of Hitler even if only for reasons of pragmatism and political expediency) at India Gate in New Delhi. India’s Prime Minister Narendra Modi recently announced the elevation – some would say, rehabilitation – of Bose.

There is reason to view Mr Modi and his Bharatiya Janata Party’s championing of Bose with some suspicion.

As I have written before, ‘Mein Kampf’ is  freely available in India and Hitler has a considerable following there. One January afternoon in Delhi’s Connaught Place in 2009, I remember walking by the pavement booksellers and finding multiple copies of ‘Mein Kampf’ proudly displayed. And I remember going back to work (I was editor of The Sunday Times of India) that afternoon, and asking Saira, my colleague, if she would research the phenomenon and write a story on it for next week’s issue. I remember saying, “someone publishes ‘Mein Kampf’ because a lot of people must buy it.”

Every publisher that Saira spoke to, confirmed as much. Apparently, ‘Mein Kampf’ was so popular in India that it was reprinted every quarter! Many young Indians regarded it as the ultimate textbook on “strategy management”.

While many Westerners, especially Europeans, may look askance on Indians’ view of Hitler, it’s worth noting that Holocaust denial is illegal only in some countries and Nazi symbols per se are banned only in Germany, Austria, Hungary and Romania.

And then, there are governments such as Mr Modi’s that create favourable conditions for the permafrost of intolerance amongst peoples.