COVID victims: In death as in life, the poor remain unseen

After two years of COVID and a global death toll of more than six million, the pandemic has revealed a stark truth: death is the great leveller.

But this much hasn’t been clear from the obituary pages of news outlets around the world, which have mostly documented the pandemic-related passings of only the rich and famous.

In death as in life, the poor — on whom the pandemic has taken the greatest toll — remain mostly unseen.

“COVID-19 itself is egalitarian, so Prince Charles has it, Camilla has it,” obituaries scholar Nigel Starck tells openDemocracy on Zoom from Adelaide, Australia, referring to how the virus can infect anyone.

But just as those from lower socio-economic backgrounds have borne the brunt of the pandemic, COVID has discriminated in terms of obituaries, Starck says. “It hasn’t produced the same inclusive effect as 9/11, the Bali bombings and 7/7 on the obituary, when the mere fact of a traumatic end made someone worth writing about even though they weren’t famous.”

Starck, whose doctoral thesis on obituary practices in the US, UK and Australia was published as a book, ‘Life after Death’, notes the democratising effects of the three terrorist bombing spectaculars. After 11 September 2001, he says, The New York Times decided it wouldn’t necessarily concentrate on the A-list dead, instead appraising and recounting ordinary lives. “It was a brand of equality provoked by acts of fanatical outrage,” says Starck.

For the first time, cause of death is being questioned. ‘Readers write in to ask: Did someone did with COVID or from it?’

Wroe writes about someone who isn’t famous roughly once every couple of months. One of her hardest subjects was Cédric Mauduit, a French civil servant who died in the November 2015 Bataclan theatre massacre in Paris. For Mauduit’s obituary, Wroe recalls struggling to achieve the goal she always sets herself: to find out what made the person distinctive. She ended up trawling through dry office memos, trying to get a sense of who he was. An obit, she says, “is really a celebration of a life”.

Another difficult subject, albeit perhaps for different reasons, was the 14-year-old Syrian sitcom star, Qusai Abtini. He was killed in July 2016 by a shell or a missile as he tried to escape Aleppo during the civil war. “Obituary writing is very seldom a sad job,” says Wroe. “Usually, the people you’re dealing with have lived for ages and have done really interesting things. It’s only when people die young that I think it becomes sad.” Abtini’s published obituary reflected the pathos: “He was mourned as the ‘little hero’ who had made Aleppo laugh,” it read. “His hopes had been for much bigger things, when he was really a man.”

In 2018, Wroe wrote about Lini Puthussery, a 28-year-old nurse in the southern Indian state of Kerala, who died after contracting the deadly Nipah virus from a patient she had tirelessly tended.

Like those of terror attack victims, Puthussery’s obituary shows how a tragic end can redefine who gets to be publicly memorialised in a leading news outlet. It represents a brief democratisation of sorts of obituaries. Shouldn’t there be more of that?

“Yes,” says Bullamore. After 27 years of writing obituaries, he says COVID-19 didn’t bring about greater democratisation of subjects. However, it did lead to a different kind of change. For the first time, cause of death is being questioned by readers. “They write in to ask: ‘Did someone did with COVID or from it?’”

Professional writers say the obituary can never really be totally democratised because newspapers and magazines represent communities of readers. Obituary pages reflect a publication’s audience — both in demographics and interests — back to them. Accordingly, one such writer said a so-called ‘establishment’ newspaper in the UK might feature very few obituaries of Black people, or people from other ethnic minorities.

“The pandemic didn’t change the gate-keeping of the obituary pages,” says Bullamore. “So the thought processes haven’t changed”. Some selectiveness is essential, he adds. “Roughly 10,000 people die in Britain every day. Would you read 10,000 obituaries?”

You don’t have to, according to San Francisco tech start-up Ever Loved, founded by Alison Johnston almost five years ago. Ever Loved, which has been gaining ground in North America as a marketplace for funeral vendors, offers bereaved people a free memorial website. It can be used to share an obituary, funeral information, or to post stories and photos about the deceased. “It’s collaborative and allows people to create a timeline of someone’s life,” Johnston told openDemocracy.

Describing the traditional obituary as “old school”, she adds that her site represents a shift towards “ongoing memorialisation, which takes on a life of its own”.

Professional obituary writers don’t agree. The obituary, which takes its name from obituarius, Latin for pertaining to death, is among the oldest expressions of journalism, says Starck. He notes that the earliest known example is found in a newsbook (the forerunner of the newspaper) published on 2 July 1622.

Social media eulogies can’t replace the well-crafted obituary, say the professionals. By that reckoning, at least, the business of obituary writing remains alive and well. 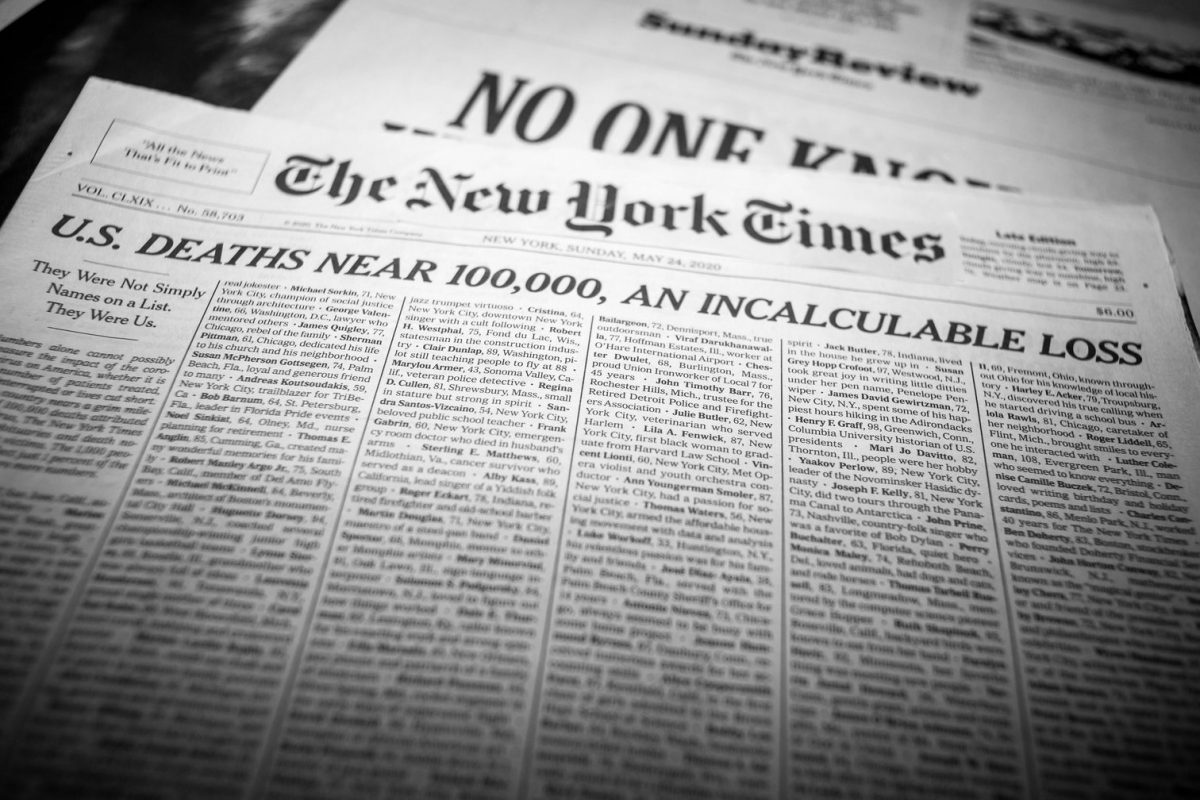